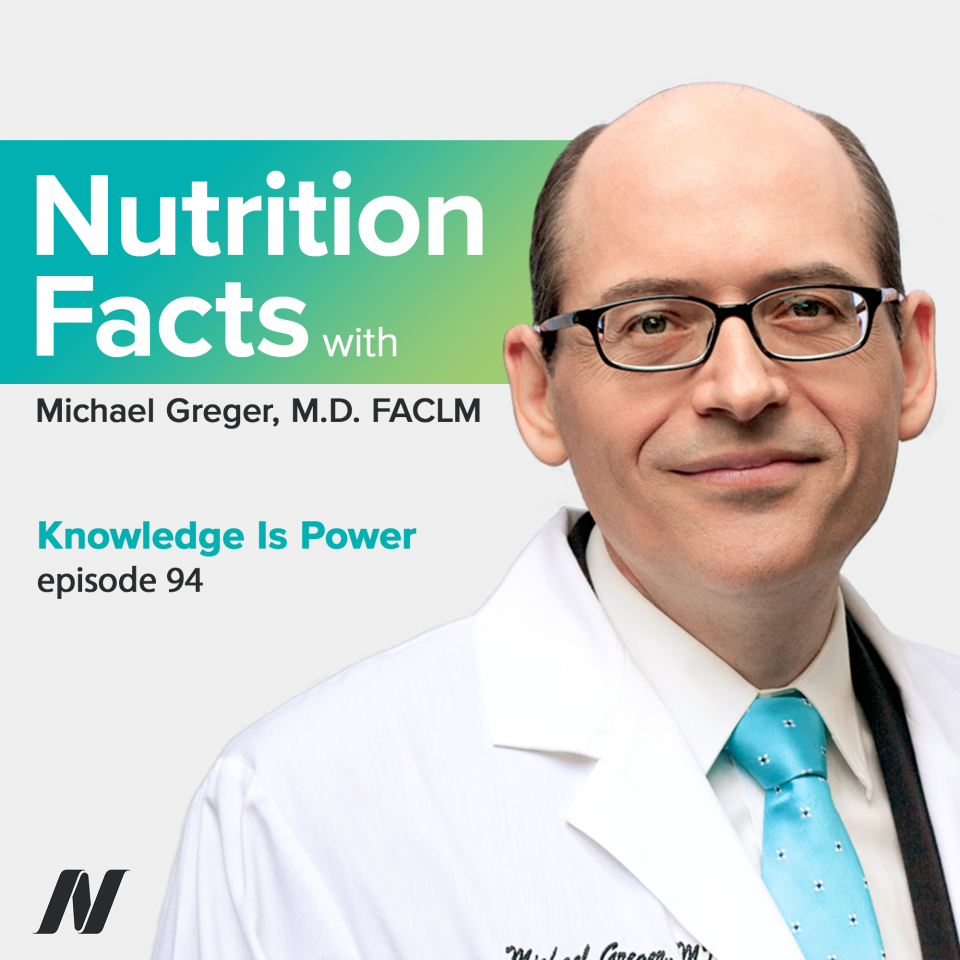 Today we explore the vast nutritional research resources available to us online.

This episode features audio from How to Access Research Articles for Free and Sci-Hub Opens Up a World of Knowledge. Visit the video pages for all sources and doctor’s notes related to this podcast.

I know that the news today can be overwhelming, even just mentioning the word facts can trigger all sorts of reactions.  I’m Dr. Michael Greger and I happen to really like facts!  So, I’ve devoted my life to learning all there is to know about the latest nutrition research, so that you and your family can lead healthier, more productive lives.

On today’s show we explore the vast resources that are at our fingertips – for researching nutrition facts on our own.  Let’s say you hear about some news story about breast cancer, or diabetes or whatever you’re interested in and you want to take a look at the actual study. Well, today I’ll help you figure out some places you may go to do just that.

The first issues of the first scientific journals were published back in 1665, in which it was noted things like, hey it looks like there’s a spot on Jupiter, thanks to new telescopes invented by a certain Mr. Newton, whose friend Halley described a comet. The same journal that reported that oranges and lemons could cure scurvy, and something in willow tree bark could bring down a fever, also published a letter by some guy over in the colonies about playing with kites during lightning storms, and an account of a remarkable eight-year-old musician by the name of Amadeus, and within this last century, some sketchings of the structure of some molecule called DNA. A journal still in publication to this day, 350 years later, available now online and in print for the low, low subscription price of only $6,666 a year.

As you can imagine, the high price of journals leaves “doctors…in developing countries…missing out on relevant information about health.” “At that time,” back in the ‘90s, “there was optimism that, by 2004,” at least, the problem of access to life-saving scientific information would be solved. But, 2004 came and went. Setting their sights for 2015. Surely, by then, we could “achieve health information for all,” as “lack of access…remain[ed] a major barrier.” “Realistically only scientists at really big, well-funded universities in the developed world [may] have full access to published research.” And, as prices rise even higher, even that may no longer be true. You know there’s a problem when even Harvard, as in 30-billion-dollar-endowment Harvard, claims that “Costs [for research journals] are now prohibitive.”

Meanwhile, the journal publishers are raking in billions, charging institutions up to $35,000 a year per journal, and charging individuals online per article. So, you have “a family member…diagnosed” with some disease, and you go online. You can read all sorts of internet dreck, but if you want to see the actual science, it can get expensive. And, you likely paid for the research. Tax dollars pour in to fund the research, and then you can’t get access to the research you paid for!

It’s like if a nice little city park was built, but then some private firm came in and started to charge admission. “That’s roughly how it works with scientific research.” And this conversion of “public research dollars into private publishing profits” has long been a source of discontent. The publishers don’t end up paying anything for the research. They get it for free; they don’t pay the researchers anything. “So, we pay for it, and then we [have to] pay for it again if we want to read it.’ So, it can end up with science as a profit system, rather than science as knowledge.

Enter Alexandra Elbakyan, nicknamed by some “the Robin Hood of Science.” It’s the story “of how one researcher…made nearly every scientific paper ever published available for free to [everyone], anywhere in the world.”

Named by perhaps the most prestigious scientific journal in the world as one of the top 10 “people who mattered” the most in science in 2016, Alexandra started out as just a frustrated grad student in Kazakhstan, unable to access the scholarly papers she needed for her research. Once she figured out how to circumvent all the paywalls, she started a website—now at sci-hub.tw—to remove all barriers in the way of science by giving away the world’s scientific, medical, and nutrition literature for free.

“What she did is nothing short of awesome,” said [one researcher]. “Lack of access to the scientific literature is a massive injustice, and she fixed it with one fell swoop.”

In our next story, we discover the portal with the quickest, easiest, and greatest access to science.  As it turns out – there’s a catch.

Alexandra Elbakyan, a 20-something-year-old grad student, is operating a free “searchable online database of nearly 50 million stolen scholarly journal articles, shattering the $10 billion-per-year paywall of academic publishers”—”an awe-inspiring act of altruism or a massive criminal enterprise, depending on whom you ask.”

Now up to “60 million papers,” providing “access to nearly all scholarly literature.” Via its websites sci-hub.cc, sci-hub.io, and sci-hub.ac, Sci-Hub was able to fill 99.3% of article requests, all for free. A sister site, Library Genesis, at libgen.io, distributes scientific books and textbooks for free, more than a million of them, also illegally.

“Who’s downloading pirated papers? Everyone,” concluded this feature in the prestigious journal Science. A survey of potential users suggests for most it’s not some grand political statement, but rather that’s the only way they have access, or feel it’s just so much quicker and easier. Even those who have legitimate institutional access may still choose to use Sci-Hub, because there’s just so many fewer hoops to jump through.

So, you can imagine how sites like Sci-Hub may be “filling…publishers [that charge for access] with roaring, existential panic.” And they’re not taking it lying down. Elsevier, the largest publisher, notorious for demanding researchers take down free copies of their own work, sued Sci-Hub, the Library Genesis project, Alexandra, and 99 John Does for copyright infringement, a “willful… disregard of…Elsevier’s rights.” Kind of hard to take the moral high ground, though, when you’re effectively an international arms dealer. “Can you imagine a tobacco company publishing health journals?…[S]urely, the company’s business mission would be impossibly confused: would the company be in the business of killing people or keeping them alive? But, if you can’t imagine that absurdity,” well welcome to Elsevier, which, in addition to publishing medical journals, is also involved in the global arms trade: running arms fairs where things like cluster bombs are sold, leading to medical journal editorial boards calling for a boycott of Elsevier’s “warmongering [and] health damaging business [practices].”

In response to the lawsuit, Alexandra wrote a letter to the judge. She wanted to make it clear that not only did Elsevier not create those papers, but that they don’t pay researchers a penny. So, it’s not like a pirated movie or song where the content creator is losing out—noting that no researcher had ever complained that she was handing out their research.

In fact, “[s]cientific authors are typically thrilled when their work” gets more out into the world. That’s the whole point of science, to be shared and built upon. And, “[i]n one fell swoop, [Alexandra created a portal likely offering] a greater level of access to science than any” institution on Earth in history, “literally [opening up] a world of knowledge.”

And, she’s not backing down, citing in her defense Article 27 of the United Nations Universal Declaration of Human Rights—that “[e]veryone [should have] the right [to] freely…participate in the cultural life of the community, [including] shar[ing] in scientific advancement and its benefits.”

She realizes she could be arrested and extradited to the U.S. to face charges. She is “fully aware that another computer prodigy-turned-advocate, Aaron Swartz, was arrested…on similar charges after mass downloading academic papers. Facing devastating financial penalties and jail time, Swartz hanged himself.”

If you’re interested in doing research yourself, I did a whole webinar on techniques, which was captured into an online Continuing Medical Education course through the American College of Lifestyle Medicine. It’s called How to be an Evidence-based Lifestyle Medicine Practitioner. I’m hoping to have a whole series of courses coming soon—stay tuned!