I previously talked about the cancer fighting properties of sweet potatoes (See Anti-Cancer Potential of Sweet Potato Proteins) and what would happen if you centered your diet around them (The Okinawa Diet: Living to 100). It seems that the only potential downside to eating too many sweet potatoes is that you could get yellow palms (or nose as you can see in the video, The Best Way to Cook Sweet Potatoes), a harmless condition called “carotenemia.” Caused by elevated levels of beta carotene in the blood, it was first noticed a century ago when carrots were introduced into infant diets. It’s treated mostly by just reassuring parents that it’s harmless, but if we don’t want our child’s nose to be yellow, we can decrease their beta carotene intake and in a few months it will be gone.

When picking out varieties at the supermarket, the intensity of the yellow or orange flesh color of the sweet potato is directly correlated to its nutritional content, so the more intense the better. Though if you really want intensity, sweet potato varieties don’t just range from white to yellow and orange, but from pink to deep purple. The natural pigments that cause these colors may have special anticancer effects.

What is the best way to cook sweet potatoes? Boiling may actually retain most of the antioxidant power of sweet potatoes, compared to roasting and steaming. If we compare baking to boiling microscopically, boiling helps thin out the cell walls and gelatinize the starch, which may enhance the bioavailability of nutrients. At the same time, the glycemic index of boiled sweet potatoes was found to be about half that of baking or roasting, so boiled sweet potatoes give us less of a blood sugar spike.

Make sure to keep the skin on, though. The peel of a sweet potato has nearly ten times the antioxidant power as the flesh (an antioxidant capacity comparable to that of blueberries). However, the peel’s nutrition really takes a hit when baked, which wipes out over two thirds of the antioxidants, whereas microwaving or boiling are comparatively much gentler. The same is true for the rest of the sweet potato. Baking can also cause an 80% drop in vitamin A levels, twice as much as boiling. Therefore, from a nutritional standpoint, boiling rather than baking should be recommended for cooking sweet potato.

Boiling may theoretically be best, but sweet potatoes are so incredibly healthy that the actual best way to prepare them is whichever way will get you to eat the most of them! The exception is deep frying, which can lead to the formation of acrylamide, a potential human carcinogen. 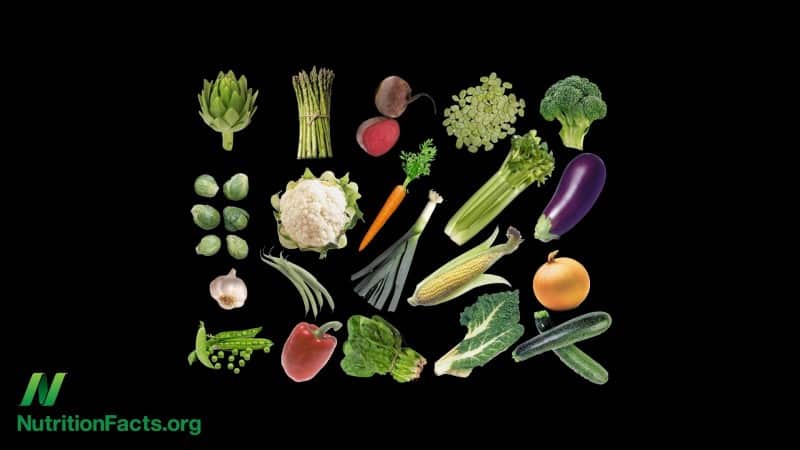 September 10, 2010
Which are the gentlest cooking methods for preserving nutrients, and which vegetables have more antioxidants cooked than raw?
Learn More 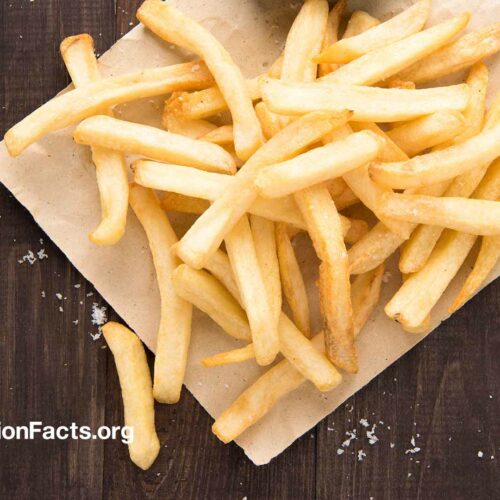 April 30, 2014
The association between cancer and the consumption of deep-fried foods may be due to carcinogens formed at high temperatures in...
Learn More 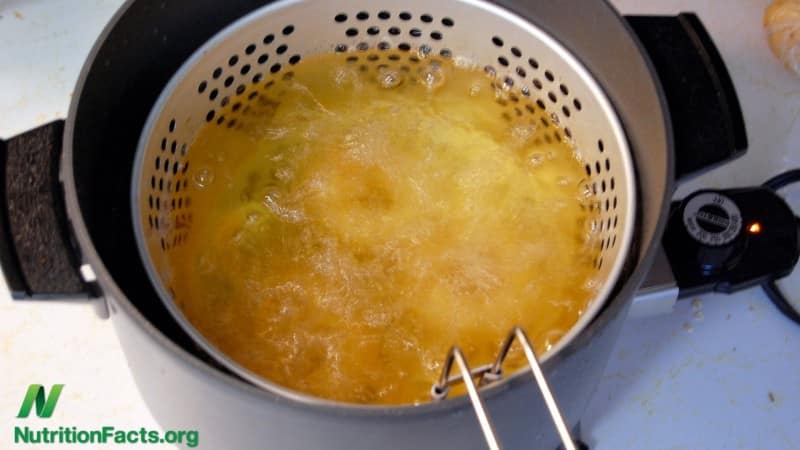 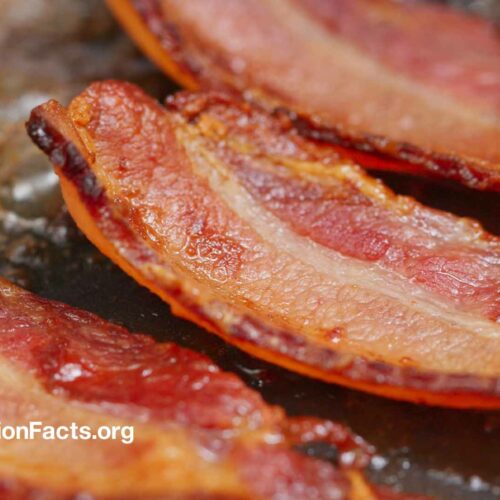 Carcinogens in the Smell of Frying Bacon