What happened when researchers tried to tease out what’s in dairy that interferes with the health benefits of berries and tea?

A trio of Harvard studies that followed more than 100,000 women for more than a decade found that those consuming the most anthocyanins—the brightly colored pigments found in blueberries, strawberries, and other berries—had an 8 percent reduction in risk of developing high blood pressure. Great, but how many berries? As you can see at 0:22 in my video Benefits of Blueberries for Blood Pressure May Be Blocked by Yogurt, those in the group consuming the most berries every day were only eating about 6 strawberries or just 11 blueberries, which is about a tenth of a cup. Maybe the biggest berry eaters just happened to have other healthy habits that were the real reason they did better? After all, you’re probably more likely to sprinkle blueberries on oatmeal than on bacon and eggs. Yes, but the researchers controlled for intakes of whole grains, fiber, and salt, as well as smoking and exercise habits and a number of other factors, yet the apparent berry benefit still remained. You don’t know for sure about the benefits of berries, though, until you put it to the test.

The title of a randomized, double-blind, placebo-controlled clinical trial gives away the thrilling conclusion: “Daily Blueberry Consumption Improves Blood Pressure.” But how can you do a double-blind trial with a food? How can you convincingly create a fake blueberry? A blueberry placebo? In this study, the researchers used whole blueberries—about a cup’s worth—but powdered them. A look-alike placebo powder had the same amount of sugar and calories as the real blueberries but without the actual blueberries. As you can see at 1:26 in my video, those in the placebo control group had no real change over the eight-week study. They started out with a blood pressure of 138 over 79 and ended up with 139 over 80. Those in the real blueberry group, though, experienced a significant drop, going from 138 over 80 down to 131 over 75. Now, a systolic blood pressure level of 131 is still too high; you’d like to see it go down at least to 120 or even 110. So, blueberries alone may not cure you. However, the fact that you can get a clinically significant improvement in a killer disease just “by the addition of a single dietary component” to your diet is quite impressive.

Is more better? What about twice the dose? More like two cups of fresh blueberries a day. Researchers found the same kind of significant drop, as you can see at 2:09 in my video, but increasing the amount didn’t seem to make the blueberries work any better. So, one cup may be all we need. Even less than a cup may work too, but we don’t know because it’s never been tested.

Overall, there have been five interventional studies to date on the effects of blueberry supplementation on blood pressure. Put all the studies together, and the results do not show any clinical efficacy. Wait, how could this be the case? I just discussed two studies that produced a gorgeous effect. Have I been cherry-picking studies—or rather, berry-picking them? If you read the papers closely, the blueberries in the two studies that detected a significant effect were prepared with water. The researchers simply mixed the blueberry powder with water. “However, the blueberries in the non-significant effect were prepared with yogurt and skim milk-based smoothie…”

You may remember from a video I produced about eight years ago, Nutrient-Blocking Effects of Dairy, that discussed how the absorption of berry nutrients can be blocked by dairy. As you can see at 3:09, if you mix strawberries with water, you get a nice peak in strawberry phytonutrients in your bloodstream within hours of consumption. But, if you instead go for strawberries with cream—mixing the same amount of strawberries with milk instead of water—significantly less of their phytonutrients make it into your system. “The inhibitory effects of milk may be due to…interaction of anthocyanins [the berry pigments] and milk proteins.” Does milk make the same thing happen with blueberries?

Indeed, the antioxidant activity of blueberries was found to impaired by milk. In the study, volunteers ate a cup and a half of blueberries with either water or milk. As you can see at 3:48 in my video, the milk blocked the absorption of some phytonutrients, but not others. So, did it really matter that much? After consuming blueberries with water, there were spikes in the antioxidants found in the bloodstream, but fewer with milk. When you look at the total antioxidant capacity of the bloodstream, you see that if you eat blueberries with water, antioxidant power shoots up within an hour and remains elevated five hours later. With milk, you’d think there might be less of a bump. In fact, there wasn’t just less of a bump, but less overall—less than where the study participants had even started out! The study subjects ate a whole bowl of blueberries and ended up with less antioxidant capacity just because they ate them with milk. No wonder mixing blueberries with yogurt or milk may abolish the blood pressure–lowering benefits.

Interestingly, full-fat milk may inhibit nutrient absorption the most, similar to what one finds by adding milk to tea. We’re talking about twice the reduction in in vitro antioxidant values with whole milk compared with skim milk, which is odd because we always thought it was the milk protein that was the culprit. This, however, suggests there may be some nutrient-blocking involvement from the dairy fat as well.

June 12, 2013
Cranberries may reduce the recurrence of urinary tract infections, but their role in treating infections is limited.
Learn More 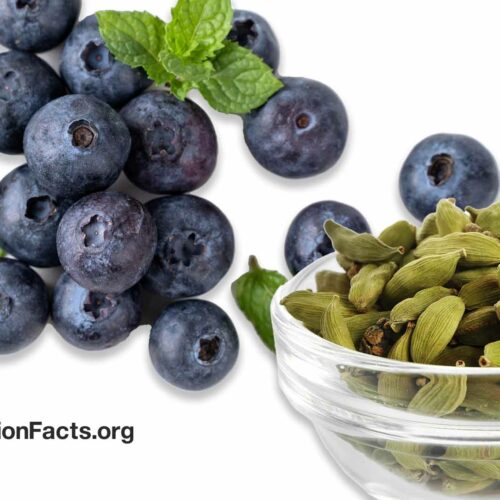 December 23, 2013
Blueberry consumption may double the population of our cancer-fighting immune cells, and the spices cardamom and black pepper may boost...
Learn More 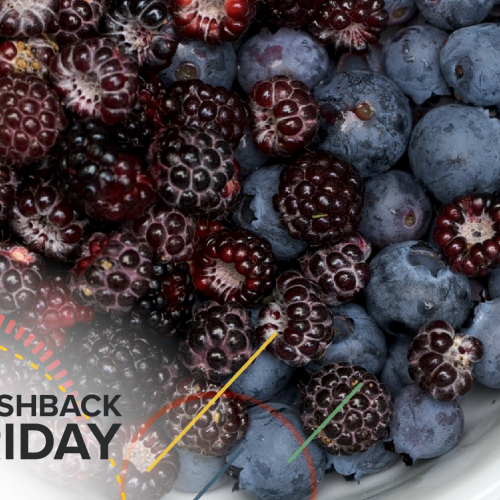 Flashback Friday: How to Slow Brain-Aging by Two Years

December 28, 2018
The consumption of blueberries and strawberries is associated with delayed cognitive aging by as much as 2.5 years—thought to be...
Learn More 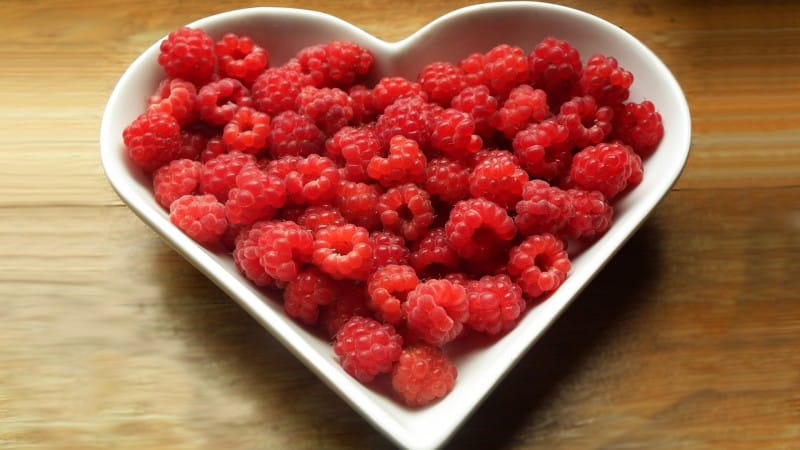 August 13, 2014
The number one killer of Americans may be not eating enough fruit. Even if we just met the recommendations for...
Learn More 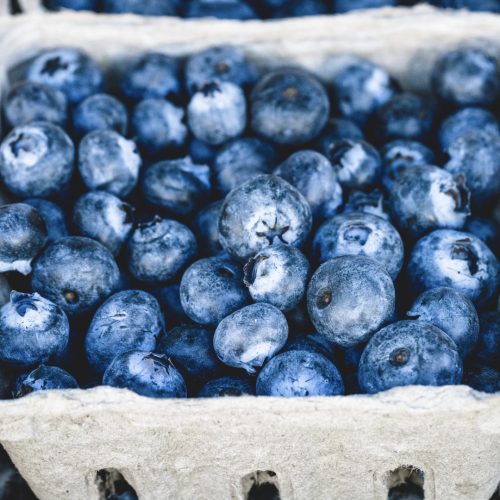 May 16, 2018
What is the optimum dose of wild blueberries to eat at a meal?
Learn More 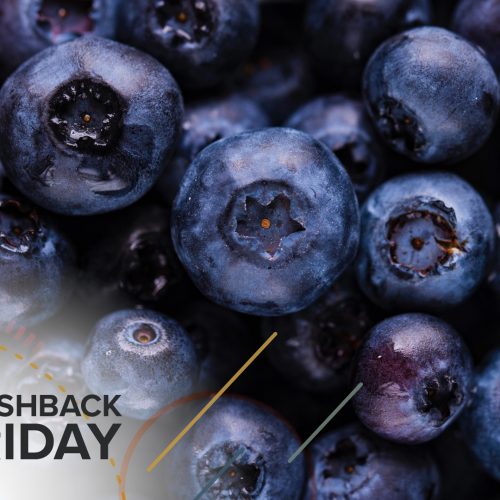 Flashback Friday: Benefits of Blueberries for the Brain 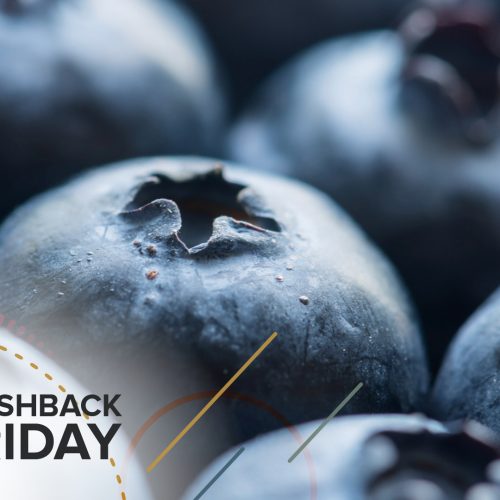 February 19, 2021
Blueberry tea is put to the test for cholesterol lowering.
Learn More 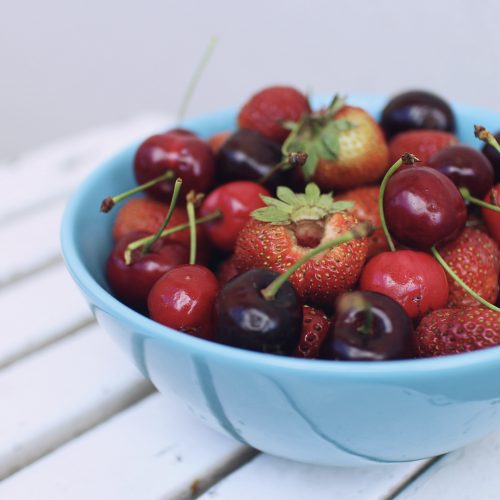 June 24, 2019
Double-blind, randomized, placebo-controlled trials on berries and the first clinical study on the effects of berries on arthritis.
Learn More 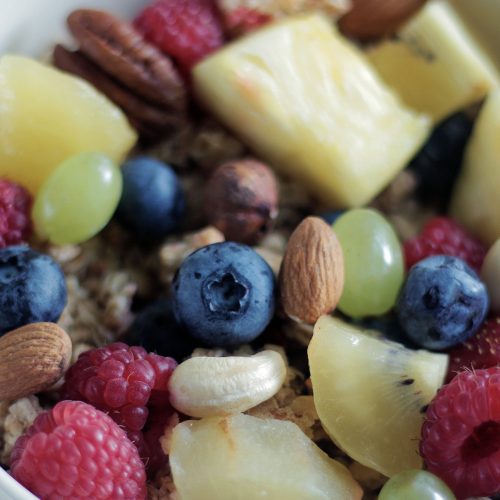 Flashback Friday: Blueberries for a Diabetic Diet and DNA Repair

November 5, 2021
Blueberries are put to the test against insulin resistance, oxidation, and DNA damage.
Learn More 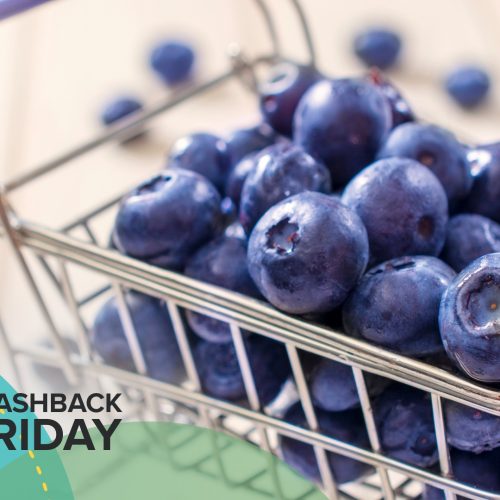 Flashback Friday: The Benefits of Açai vs. Blueberries for Artery Function 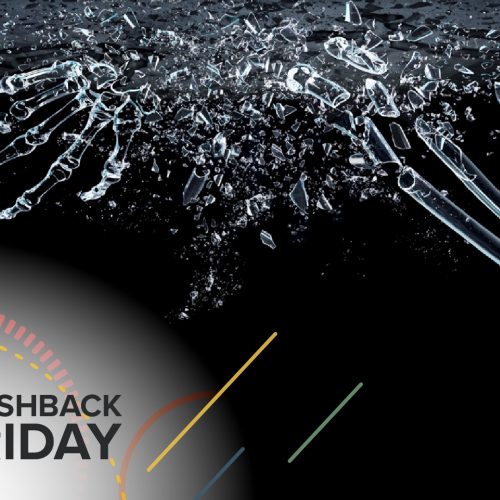 Flashback Friday: Is Milk Good for Our Bones?

March 8, 2019
The galactose in milk may explain why milk consumption is associated with significantly higher risk of hip fractures, cancer, and...
Learn More

How Not to Die from High Blood Pressure

October 17, 2016
How might we prevent and reverse hypertension, the number-one risk factor for death in the world?
Learn More