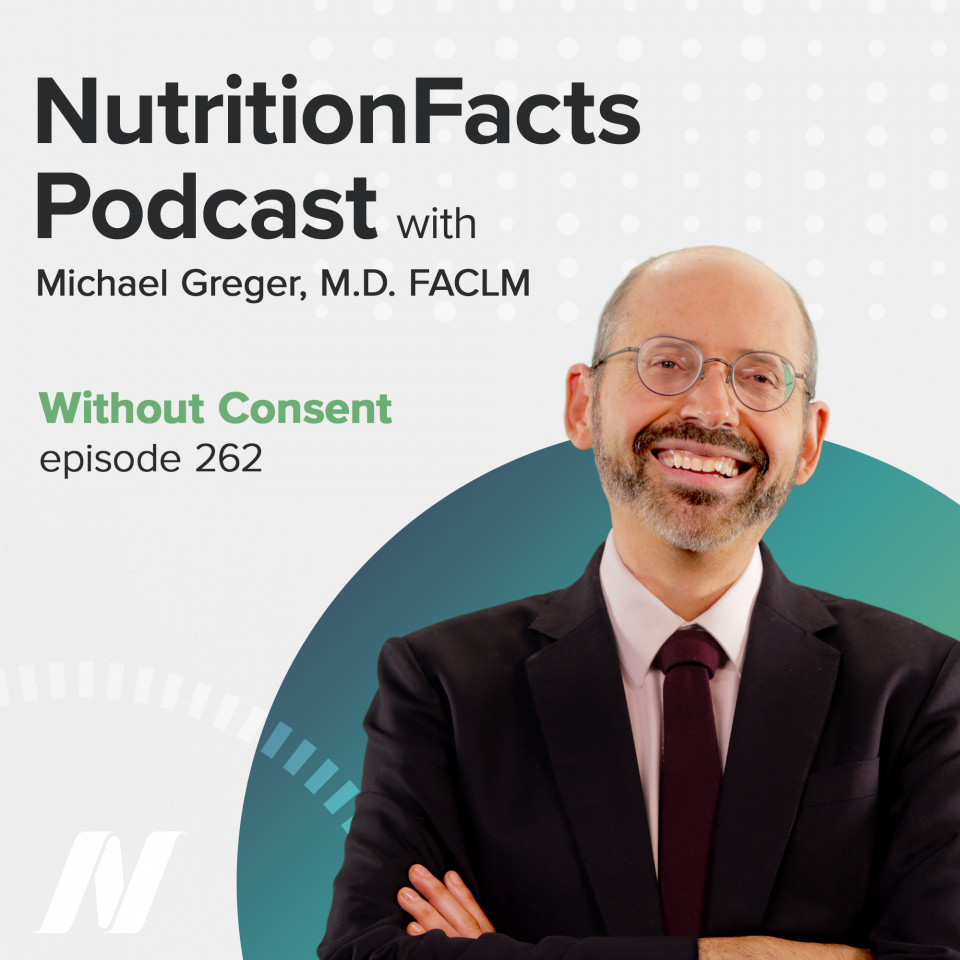 In 41 states in the U.S. medical students are legally allowed to practice pelvic exams on anesthetized women.

Did you know that medical students are legally allowed to practice pelvic exams on anesthetized women without their knowledge, with their consent in 41 U.S. states? Shockingly, this “outrageous assault upon the dignity” of female patients continues to this day. And just a warning, this podcast contains information that some could find upsetting. In fact, if you don’t find it upsetting, there’s something wrong with you.

From Heart Failure, a book I wrote about my time in medical school: “I am all gloved up, ﬁfth in line. At Tufts [School of Medicine], medical students—particularly male students—practice pelvic exams on anesthetized women without their consent and without their knowledge. Women come in for surgery and, once they’re asleep, we all gather around; line forms to the left.” “We learn more than examination skills. Taking advantage of the woman’s vulnerability—as she lay naked on a table unconscious—we learn that patients are tools to exploit for our education.”

Using female patients to teach pelvic exams without their knowledge or consent remains a dirty little secret about medical schools. It is an age-old practice that continues to this day in medical schools around the world. It’s been referred to as the “vending machine” model of pelvic exams, in which medical students line up to take their turn. “Only it’s not a vending machine; it’s a woman’s vagina.”

It’s been called “an outrageous assault upon the dignity and autonomy of the patient.” “The practice shows a lack of respect for these patients as persons, revealing a moral insensitivity and a misuse of power.” “It is yet another example of the way in which physicians abuse their power and have shown themselves unwilling to police themselves in matters of ethics, especially with regard to female patients.” “I don’t think any of us even think about it,” said the director of resident and medical student education at the Johns Hopkins University School of Medicine. “It’s just so standard as to how you train medical students.”

When this practice came to light in New Zealand, the chair of the Medical Association got on television and said, “Until recently it wasn’t an issue. . . I’m very sorry that women feel they’ve been assaulted and violated in this way. That was never our intention.” He had no idea then, asked the reporter, that women might object? “All I can say is that there have been no objections. . .” “Could the reason be,” asked the interviewer, “that it’s very hard for an anesthetized woman to know what’s going on?”

Many hospitals and medical schools have publicly defended the practice, contending “this touching is entirely appropriate and clearly falls well within the patient’s ‘implied consent’ to carry out the operation.” After all, “patients are aware they are entering a teaching hospital and therefore know that trainees will be actively participating in their care.” Though researchers have found that many patients don’t know they are in a teaching hospital, or that medical students are involved in their care because of the deliberate lies and deception.

After all, doctors argue, performing a pelvic examination is no more intimate than placing one’s hands inside a surgical incision. Sticking your fingers in a woman’s vagina is no more intimate than an ophthalmologist looking into the back of your eye, and any claim to the contrary is just another attempt to justify the obsession with political correctness. “Personally,” said one medical school professor, “I would prefer to see a new generation of well-trained doctors. . .rather than a nation of women whose vaginas are protected from battery by medical students.”

The national survey concluded: “Patients admitted to teaching hospitals do not, by the mere act of admission, relinquish their rights as human beings…”

Is it possible women just don’t care? Studies show that up to 100 percent of women asked said they would want to know that vaginal examinations were being done by medical students. Okay, since patients care deeply about being asked, why can’t we at least ask their permission? “We can’t ask women,” medical school faculty replied. “If we do, they might say no.”

In our final story today we ask, will the #MeToo movement be able to break through the white-coat wall of silence?

“Recent reports of medical students performing pelvic exams for training purposes on anesthetized women without their consent [or knowledge] have produced a firestorm of controversy and calls for greater regulation.” But those so-called “recent reports” were like twenty years ago. California was the first state to make it illegal, but these early gains quickly petered out.

“This practice, common since the late 1800s, was largely unchallenged until a 2003 study reported that 90 percent of medical students at four Philadelphia-area medical schools performed pelvic exams on anesthetized women for educational purposes”––though a subsequent study found the percentage to be less than that. The bottom line? “Pelvic Exams on Anesthetized Women Without Consent: Still Happening.” How can this continue decade after decade, when medical ethicists have called such practices immoral and indefensible, a practice that should come to an abrupt and immediate halt? Some schools vowed they’d end the practice. But unfortunately, these early victories quickly stalled. At the same time, some schools were revamping their policies, others were digging in and publicly defending the practice.

As medical educators, the Association of Professors of Gynecology and Obstetrics wrote, “We must balance women’s freedom to decide with our obligation to develop the next generation of physicians.” Some especially blunt teaching faculty contend that patients without health insurance owe it to society to participate since they receive taxpayer-subsidized care. Regulations to curb this practice are said to be “placing inappropriate and unnecessary barriers in the way of medical students who need to learn fundamental medical skills” and must therefore be resisted. And so, no surprise, med students still do pelvic exams on women under anesthesia.

Now, professional medical societies have at least given lip service to the concept of asking for explicit consent, but despite these recommendations, evidence suggests that the practice is alive and well. And the unauthorized use of women is not a localized phenomenon confined to a few bad apple medical schools, but an international problem.

A 2020 update from Yale’s Center for Bioethics was entitled: “A Pot Ignored Boils On.” For the last 30 years, several parties—both inside and outside of medicine—have increasingly voiced opposition, yet such arguments have not compelled meaningful institutional change. Yes, there is the lip service from the medical associations recommending bans on unconsented pelvic exams; however, these statements are advisory and incomplete. They simply do not have the capacity to compel systemic change, as evidenced by institutions’ inaction. In response to the medical profession’s inability to police itself, nine states have passed legislation restricting the practice; so, if you live in Iowa, Illinois, Utah, Oregon, Maryland, Virginia, New York, California, or Hawaii, there are at least laws on the books to prevent this.

But of course, if you’re anesthetized, how would you even know if medical students are lining up or not? Patients “are in the worst position to know what’s occurring—as they are unconscious—and [can be used] in ways that leave no physical signs, and exams are often undocumented in their medical records.” So, when the media loses interest, as it has decade after decade, what incentive is there for teaching faculty or hospitals to voluntarily change? Maybe when physicians start being threatened with lawsuits, they’ll start obtaining informed consent. As one commentator wrote, “Hospital administrators who allow medical students in their facilities to perform pelvic examinations on unconsenting anesthetized women ought to consult with their legal counsel concerning the deﬁnition of rape in their jurisdiction.”

The solution is simple: Just ask. Ask women for permission. It’s their body, their choice. But recent experience has shown that meaningful and complete hospital-by-hospital change is unlikely to come until some hospital or doctor pays a substantial award in some lawsuit for this error in ethical judgment. Hopefully, that day is coming soon, lest that ignored pot finally boils over.

“[S]ome defend it as harmless and say asking for consent would make it more likely that patients would say no, denying students a crucial part of their training.” When I first wrote about this practice more than 20 years ago in my book Heart Failure about my time in medical school, I talked about how I had gotten the same comments from my classmates, the well-then-how-are-we-going-to-learn? response. To even present such a question, I feel, is to lose a bit of one’s humanity. “The answer, of course, is we should learn with women who give their consent! And to do that – God forbid – we might actually have to first establish a relationship with the patient, a trust— talk to them even. We may have to treat them like human beings.”

For recipes, check out my even newer book, the “How Not to Diet Cookbook.” It’s beautifully designed, with more than 100 recipes for delicious and nutritious meals. All proceeds I receive from the sales of my books go to charity.

Oats: Not Just for Horses