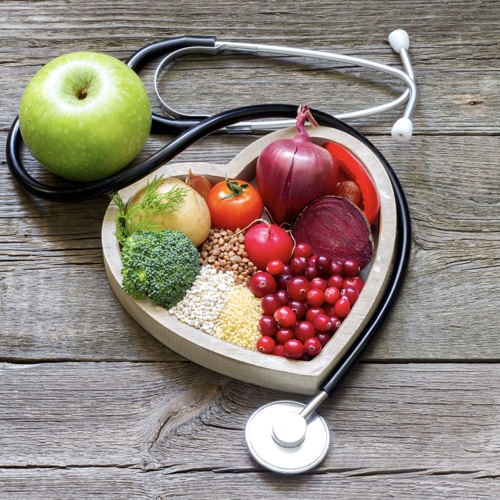 Coronary artery disease, our number one killer, involves blockages in the blood vessels supplying the heart muscle itself. Low blood ﬂow can lead to angina, a type of chest pain, or, if severe enough, to heart attack. Plant-based diet and lifestyle programs have been shown to reverse the progression of these blockages by treating the cause of why our arteries are clogging up in the first place, but for those unable or unwilling to change their diets, there are drugs that may help, as well as more invasive treatments, such as open-heart surgery to try to bypass the blockage or percutaneous coronary intervention where doctors insert small balloons or metal tunnels called stents up through the large blood vessels and thread them up into the heart. By doing so, the blocked vessels may be opened up and propped open. During a heart attack, this can be life-saving.

However, hundreds of thousands of these procedures are performed every year for stable angina, meaning on a non-emergency basis, which can relieve symptoms but does not actually reduce your risk of dying from a heart attack in the future. Sham operation studies show they may not even help with symptoms better than placebo (fake) surgery. Sadly, there are demonstrably no mortality benefits to the hundreds of thousands of angioplasty and stent procedures performed outside of an emergency setting.

How is it possible that stents are ineffective outside an emergency setting when you’re physically opening up blood flow? The majority of heart attacks in real life are caused by narrowings under 70 percent, so the plaques in your arteries that kill you tend not to be the ones that are restricting blood flow. Most heart attacks are caused by nonobstructive plaques that don’t even cut blood flow by 50 percent. 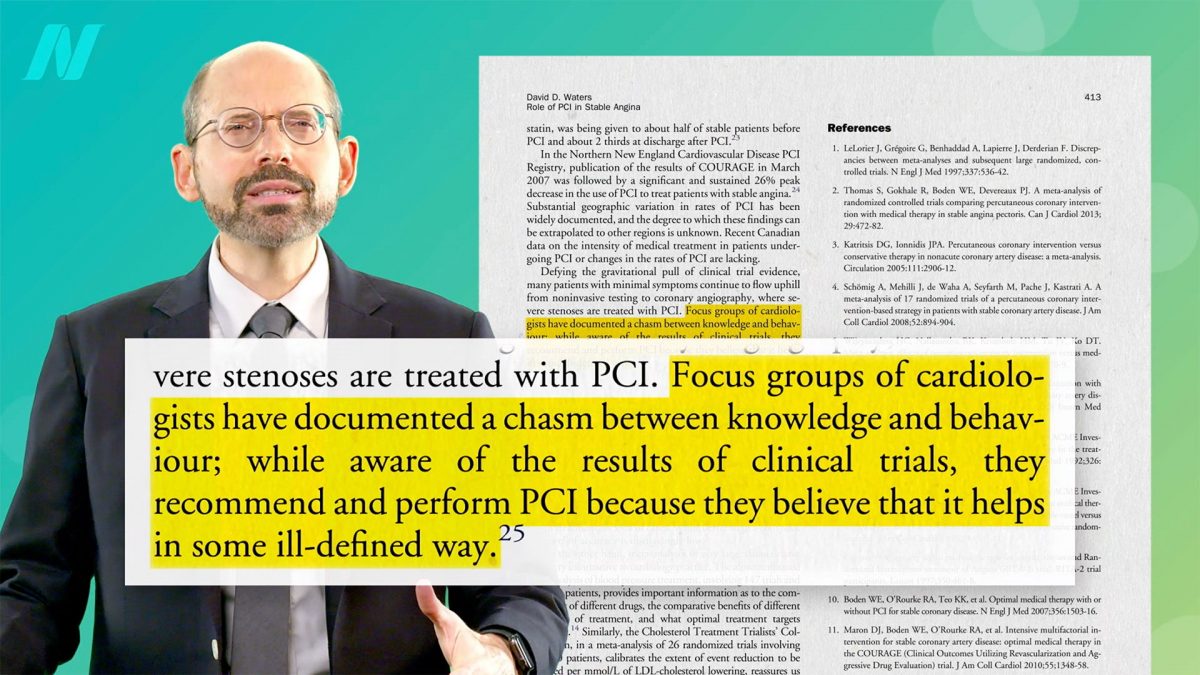 What do physicians and stent companies have to say for themselves, given that they are... 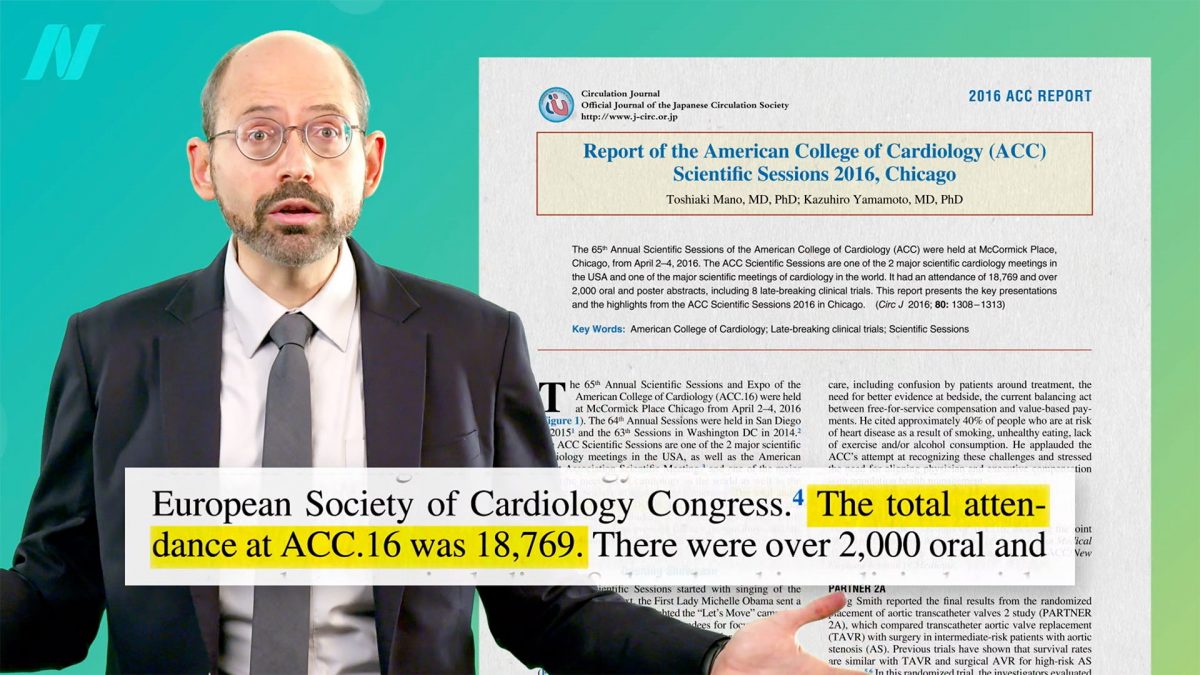 There are demonstrably no benefits to the hundreds of thousands of angioplasty and stent procedures... 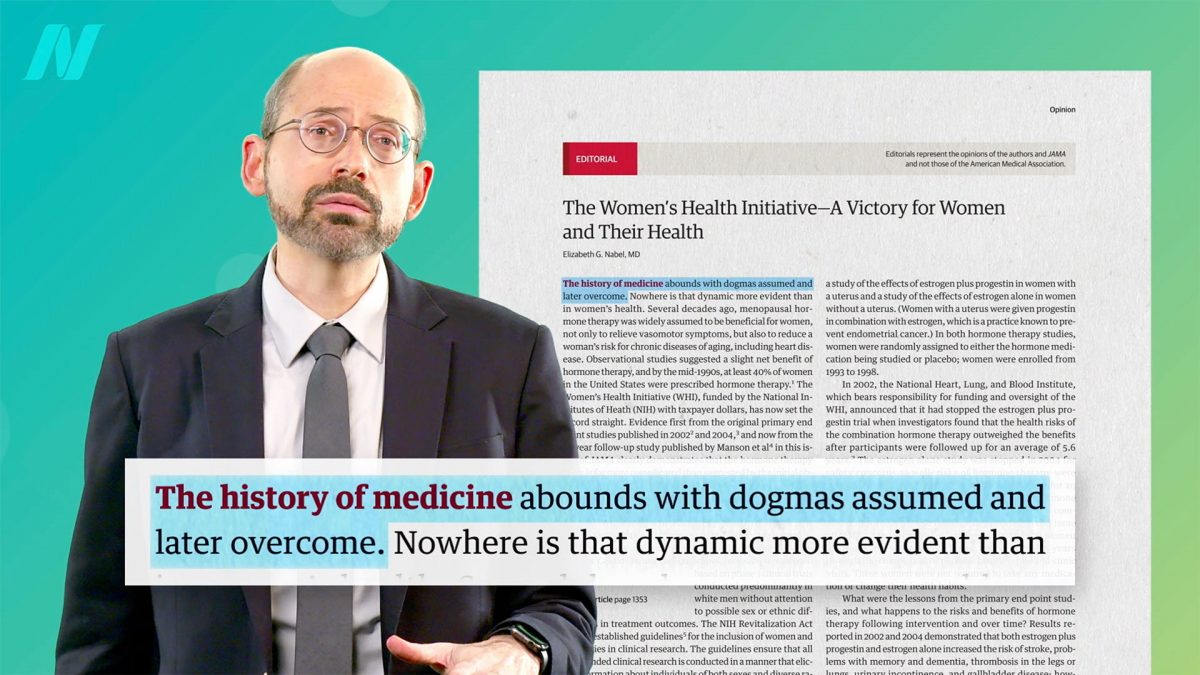 Heart Stents and Upcoding: How Cardiologists Game the System

Cardiologists can criminally game the system by telling a patient they have a much more... 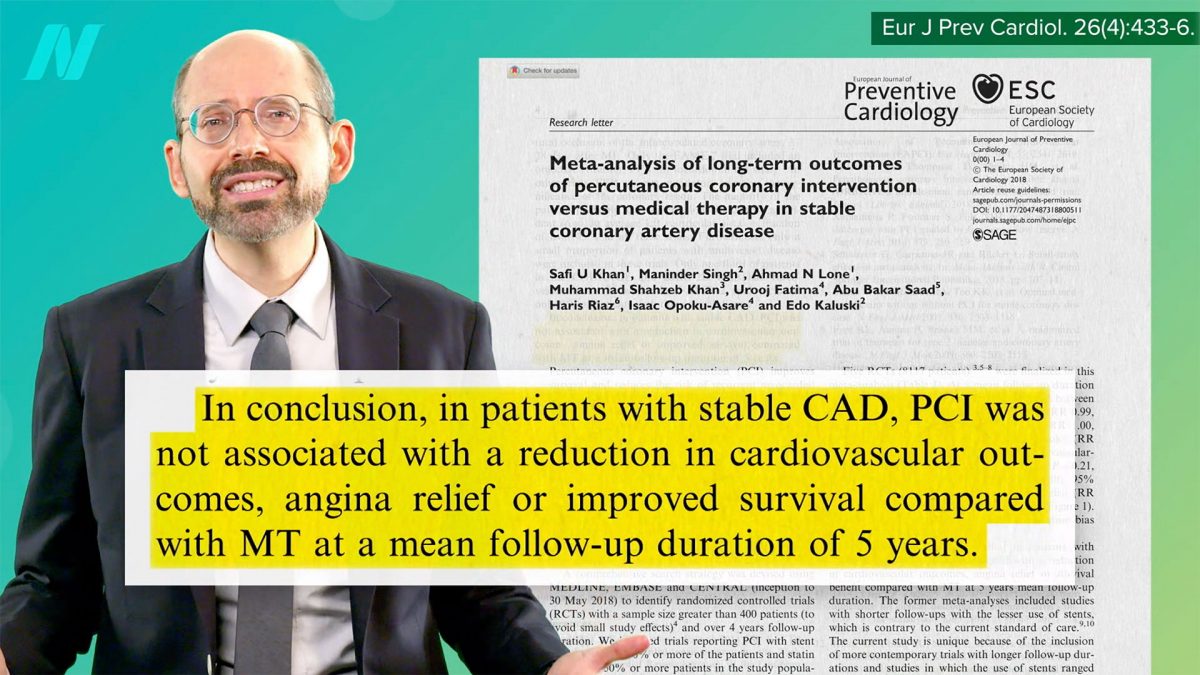 The Risks of Heart Stents

Why are doctors killing or stroking out thousands of people a year for nothing? How...

Most heart attacks are caused by nonobstructive plaques that infiltrate the entire coronary artery tree....

Why Are Stents Still Used If They Don’t Work?

Over and over, studies have shown that doctors tend to make different clinical decisions for...

All Videos for Stents