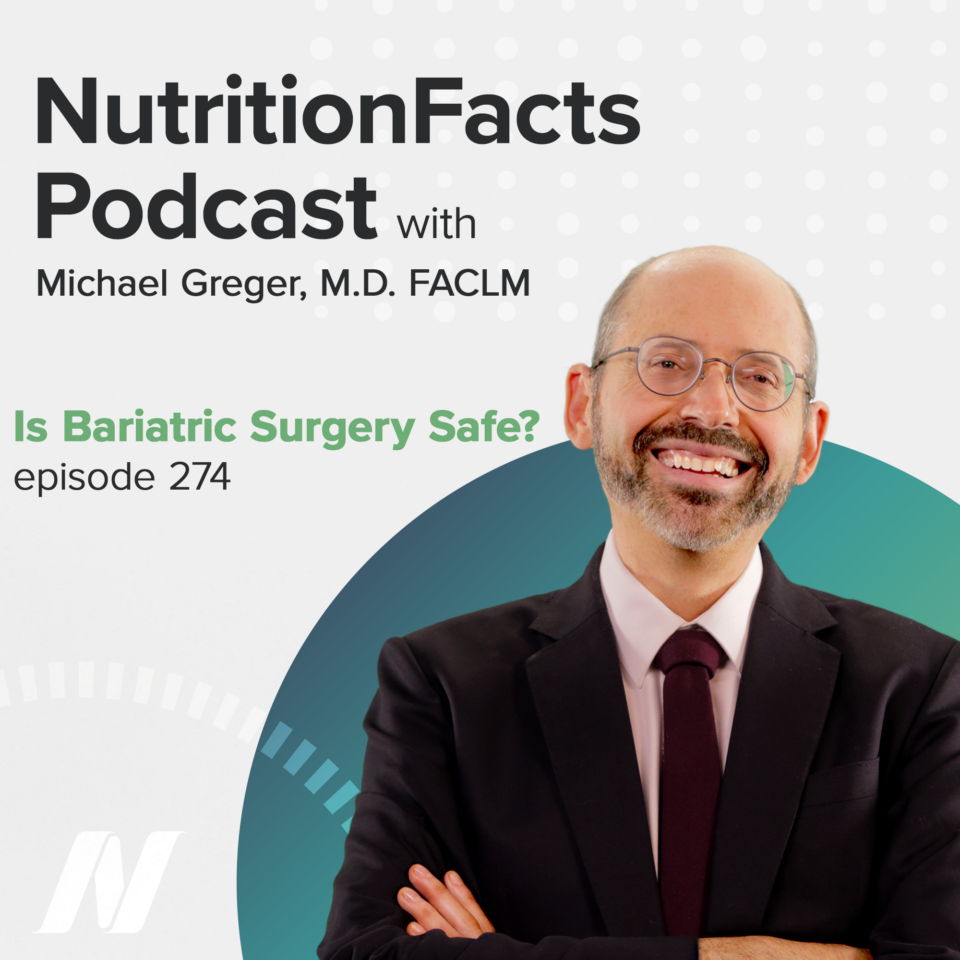 Many of us struggle with weight loss and turn to this surgery when diet and exercise don’t work.

Today, we have the first in a four-part series on bariatric surgery, the most common of which are stomach stapling and gastric bypass, both of which involve change to a person’s gastrointestinal anatomy. So, how safe are these procedures, and how well do they work for weight loss? Let’s find out.

The treatment of obesity has long been stained by the snake oil swindling of profiteers, hustlers, and quacks. Even the modern field of bariatric medicine (derived from the Greek word baros meaning weight) is pervaded by an “insidious image of sleaze.” Beguiled by advertising for fairy-tale magic bullets of rapid, effortless weight loss, people blame themselves for failing to manifest the miracle or imagine themselves metabolically broken. On the other end of the spectrum are overly pessimistic practitioners of the opinion that “people who are fat are born fat, and nothing much can be done about it.” The truth lies somewhere in between.

The difficulty of curing obesity has been compared to learning a foreign language. It’s an achievement virtually anyone can attain with a sufficient investment of energies, but it always takes considerable time and effort. And of those who do stick with it, most will regain much of the weight lost. To me this speaks to the difficulty, rather than the futility. It may take smokers an average of 30 quit attempts to finally kick the habit. Like quitting smoking, it’s just something that has to be done. As the Chair of the Association for the Study of Obesity put it, it doesn’t take “willpower” to do essential tasks like getting up at night to feed a baby; it’s just something that has to be done.

Our collective response doesn’t seem to match the rhetoric or reality. If obesity is such a “national crisis” “reaching alarming proportions,” dubbed by the post-9/11 Surgeon General as “every bit as devastating as terrorism,” why has our reaction been so tepid? For example, governments meekly suggest the food industry take “voluntary initiatives to restrict the marketing of less healthy food options to children.” Have we just given up and ceded control?

Our timid response to the obesity epidemic is encapsulated by a national initiative promulgated by a Joint Task Force of the American Society for Nutrition, Institute of Food Technologists, and International Food Information Council: the “small-changes approach.” Since small changes are “more feasible,” suggestions include “using mustard instead of mayonnaise” and “eating 1 rather than 2 doughnuts in the morning.” Seems a bit like bringing a butter knife to a gunfight, but with only one croissant.

What about bringing a scalpel to the gunfight instead? The use of bariatric surgery has exploded from about 40,000 procedures, noted in the first international survey in 1998, to now hundreds of thousands performed every year in the United States alone. The first technique developed, the intestinal bypass, involved carving out about 19 feet of intestines. More than 30,000 intestinal bypass operations were performed before “catastrophic,” “disastrous outcomes” were recognized. This included protein deficiency-induced liver disease, which often progressed to liver failure and death. This inauspicious start is remembered as “one of the dark blots in the history of surgery.”

Today, death rates after bariatric surgery are considered “very low,” occurring on average in perhaps 1 in 300 to 1 in 500 patients. The most common procedure is stomach stapling, also known as sleeve gastrectomy, in which most of the stomach is permanently removed. Only a narrow tube of stomach is left, so as to restrict how much food people can eat at any one time. It’s ironic that many patients choose bariatric surgery convinced that “diets don’t work” for them, when in reality that’s all the surgery may be—an enforced diet. Bariatric surgery can be thought of as a form of internal jaw wiring.

Gastric bypass, known as Roux-en-Y gastric bypass, is the second most common bariatric surgery. It combines restriction—stapling the stomach into a pouch smaller than a golf ball—with malabsorption by rearranging your anatomy to bypass the first part of your small intestine. It appears to be more effective than just cutting out most of the stomach. It results in a loss of about 63 percent of excess weight, compared to 53 percent with a gastric sleeve. But gastric bypass carries a greater risk of serious complications. Many are surprised to learn that new surgical procedures don’t require premarket testing or FDA approval and are largely exempt from rigorous regulatory scrutiny.

In our next story, we look at how the extent of risk from bariatric weight-loss surgery may depend on the skill of the surgeon.

After sleeve gastrectomy and Roux-en-Y gastric bypass, the third most common bariatric procedure is a revision to fix a previous bariatric procedure. Up to 25 percent of bariatric patients have to go back into the operating room for problems caused by their first bariatric surgery. And re-operations are riskier, carrying around 10 times the mortality rate, and offer no guarantee of success. Complications include leaks, fistulas, ulcers, strictures, erosions, obstructions, and severe acid reflux.

The extent of risk may depend on the skill of the surgeon. In a study published in the New England Journal of Medicine, bariatric surgeons voluntarily submitted videos of themselves performing surgery to a panel of their peers for evaluation. Technical proficiency varied widely, and was related to the rates of complications, hospital readmissions, re-operations, and death. Patients operated on by the less competent surgeons suffered nearly three times the complications, and five times the risk of death.

As with athletes and musicians, some surgeons may simply be more talented than others, but practice may help make perfect. Gastric bypass is such a complicated procedure that the learning curve may require 500 cases for a surgeon to master the procedure. Complications risk plateaus after about 500 cases, with the lowest risk found among surgeons who’ve performed more than 600 bypasses. The risk of not making it out alive may be double under the knife of those who’ve done less than 75, compared to more than 450. So, if you do choose to undergo the operation, I’d recommend asking your surgeon how many procedures they’ve done, as well as choosing an accredited bariatric “Center of Excellence,” where surgical mortality appears to be two to three times lower than non-accredited institutions.

It’s not always the surgeon’s fault, though. In a report entitled “The Dangers of Broccoli,” a surgeon described a case in which a woman went to an all-you-can-eat buffet three months after a gastric bypass operation but chose really healthy foods (good for her!). She just evidently forgot to chew. Her staples blew, and she ended up in the ER, and then the OR. They opened her up, and found “full chunks of broccoli, whole lima beans, and other green leafy vegetables” inside her abdominal cavity. A cautionary tale to be sure, but perhaps less about chewing food better after surgery than about chewing better foods before surgery, so you can keep all your internal organs intact in the first place.

Even if the surgical procedure goes perfectly, lifelong nutritional replacement and monitoring are required to avoid vitamin and mineral deficits. This includes more than a little anemia, osteoporosis, or hair loss, but full-blown cases of life-threatening deficiencies, such as beriberi, pellagra, kwashiorkor, and nerve damage that can manifest as vision loss years or even decades after surgery in the case of copper deficiency. Tragically, in cases of severe deficiency of a B vitamin called thiamine, nearly one in three patients progressed to permanent brain damage before the condition was caught.

The malabsorption of nutrients is on purpose for procedures like gastric bypass. By cutting out segments of the intestines, you can successfully impair the absorption of calories, but at the expense of impairing the absorption of necessary nutrition. Even people who just undergo restrictive procedures like stomach stapling can be at risk for life-threatening nutrient deficiencies because of persistent vomiting. Indeed, vomiting is reported by up to 60 percent of patients after bariatric surgery due to “inappropriate” eating behaviors (in other words, trying to eat normally). The vomiting helps with weight loss similar to the way a drug for alcoholics called Antabuse can be used to make them so violently ill after a drink that they eventually learn their lesson.

“Dumping syndrome” can work the same way. A large percentage of gastric bypass patients can suffer from abdominal pain, diarrhea, nausea, bloating, fatigue, or palpitations after eating calorie-rich foods as they bypass your stomach and dump straight into your intestines. As surgeons describe it, this is a feature, not a bug: “Dumping syndrome is an expected and desired part of the behavior modiﬁcation caused by gastric bypass surgery; it can deter patients from consuming energy-dense food.”