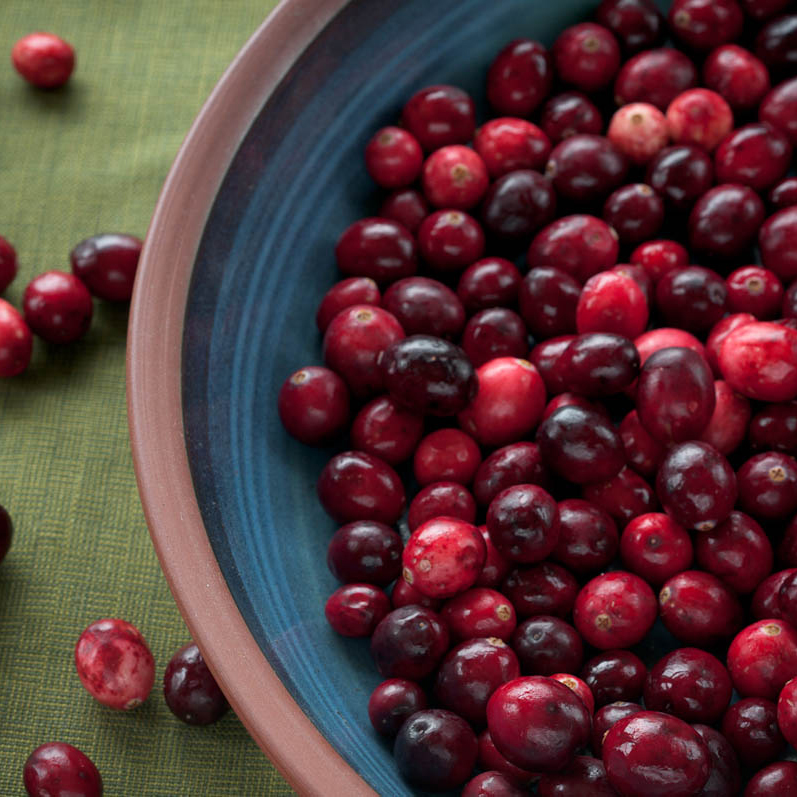 The Global Burden of Disease Study, the largest analysis of risk factors for death and disease in history, determined not eating enough fruit was among the worst aspects of our diet. My Daily Dozen calls for a minimum of one daily serving of berries, such as cranberries, in addition to three daily servings of other fruits.

Berries are the healthiest fruits, in part due to their respective plant pigments, and are second only to herbs and spices as the most antioxidant-packed food category. As a group, they average nearly 10 times more antioxidants than other fruits and vegetables (and exceed 50 times more than animal-based foods).

A study that followed nearly two thousand people for about eight years found that people who drank fruit and vegetable juices regularly appeared to have a 76 percent lower risk of developing Alzheimer’s disease. The researchers suspect the active ingredient may be a class of powerful brain-accessing antioxidants called polyphenols, readily found in cranberries.

Beyond their antioxidant activity, polyphenols have been shown to protect nerve cells in vitro by inhibiting the formation of the plaques and tangles that characterize Alzheimer’s brain pathology. In theory, they could “pull out” metals that accumulate in certain brain areas and may play a role in the development of Alzheimer’s and other neurodegenerative diseases.

Studies have also found that cranberries can be effective in vitro against brain, breast, colon, lung, mouth, ovary, prostate, and stomach cancers. Unfortunately, there have yet to be clinical studies of the effects of cranberries on cancer patients that confirm these findings.

Scientists have been unable to pin down the active ingredients involved in cranberries’ special effects. Extracts concentrating individual components fail to match the anticancer effects of the cranberry as a whole, which of course can’t be patented. More proof that it’s nearly always best to give preference to whole foods.

Image Credit: Pen Waggener / Flickr. This image has been modified.

All Videos for Cranberries