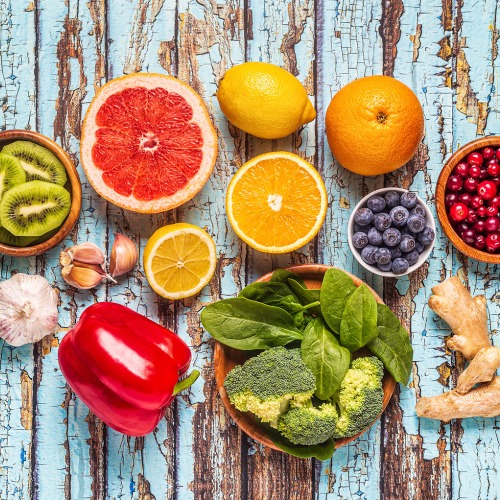 You can tell whether a food is rich in antioxidants by slicing it open, exposing it to air (oxygen), and then seeing what happens. If it turns brown, it’s oxidizing. Two of our most popular fruits, apples and bananas, for example, turn brown quickly, which means there aren’t a lot of antioxidants inside them. (Most of the antioxidants in apples are in the peels.) Cut open a mango and what happens? Nothing, because it’s rich with antioxidants. How do you keep fruit salad from turning brown? Add lemon juice, which contains the antioxidant vitamin C. Antioxidants can keep your food from oxidizing, and they may do the same inside your body.

In scientific circles, the phenomenon by which oxygen molecules grab stray electrons and go crazy is called oxidant (or oxidative) stress, and the resulting cellular damage may contribute to the aging process. Aging and disease have been thought of as the oxidation of the body. Those brown age spots on the back of your hands? They’re just oxidized fat under the skin. Oxidant stress is thought to be why we all get wrinkles, why we lose some of our memory, and why our organ systems break down as we get older. Eating foods containing lots of antioxidants may slow down this oxidant process.

One of the diseases antioxidant-rich foods may help prevent is stroke. Swedish researchers followed more than 30,000 older women over a period of a dozen years and found that those who ate the most antioxidant-rich foods had the lowest stroke risk. Similar findings were reported in a younger cohort of men and women in Italy.

What are the most antioxidant-rich foods? Researchers spanning the globe published a database of the antioxidant power of more than 3,000 foods, beverages, herbs, spices, and supplements. On average, plant foods contain 64 times more antioxidants than animal foods. As the researchers put it, “[A]ntioxidant rich foods originate from the plant kingdom while meat, fish and other foods from the animal kingdom are low in antioxidants….”

Antioxidant-rich diets appear to protect against stroke and may also help decrease artery stiffness, prevent blood clots from forming, and lower blood pressure and inflammation. High-antioxidant fruits and vegetables, such as berries and greens, have been found to douse systemic inflammation significantly better than the same number of servings of more common low-antioxidant fruits and veggies, such as bananas and lettuce. 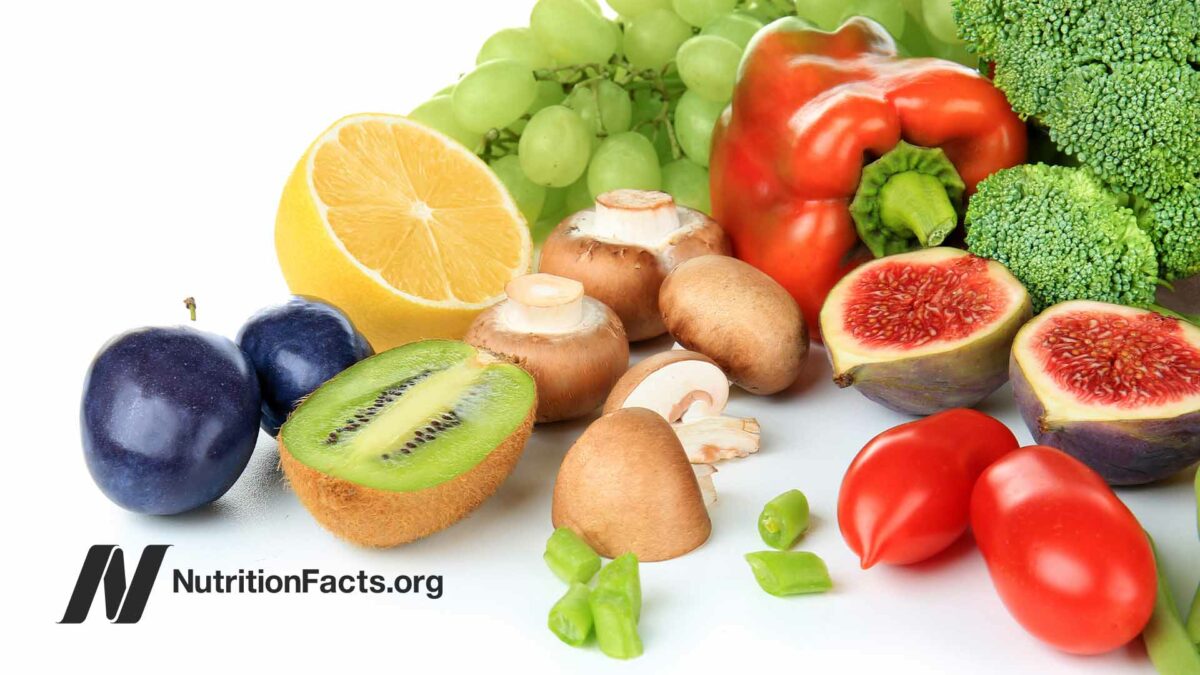 Treating Asthma with Fruits and Vegetables 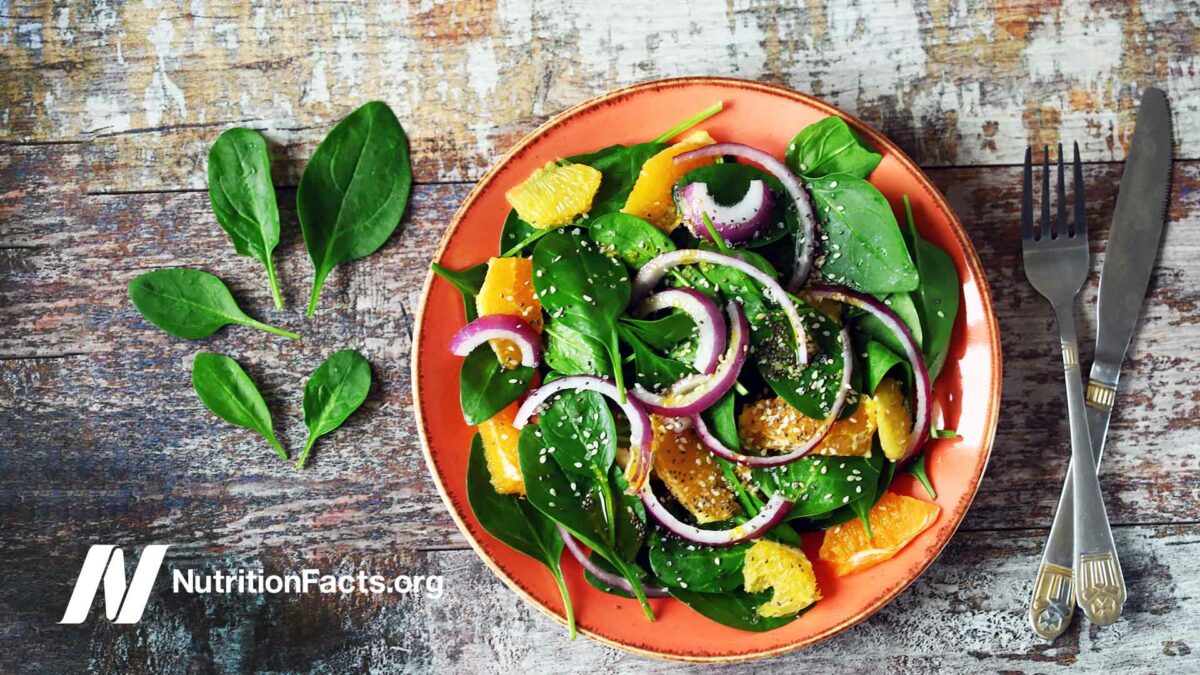 Antioxidant intake from foods (not supplements) is associated with lower cancer risk.

How many antioxidant-rich foods do we need to eat every day just to stay out... 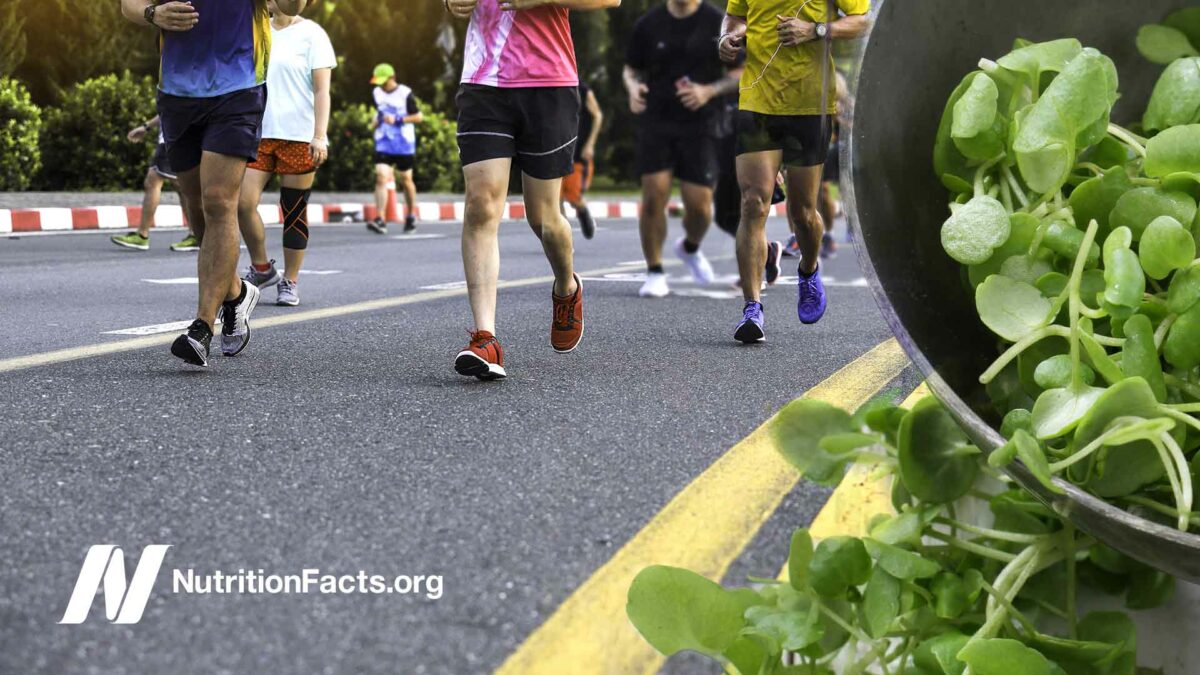 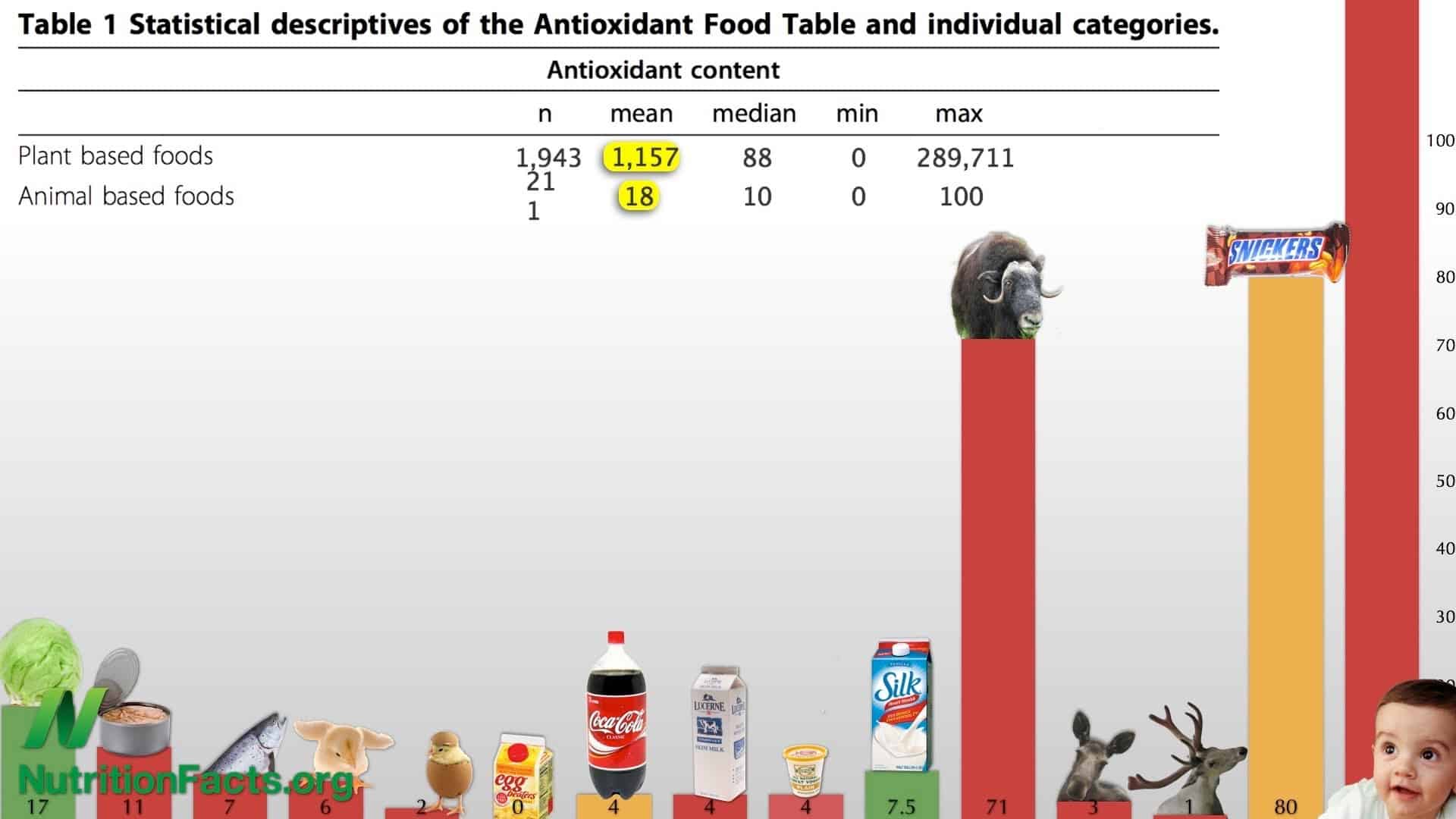 Surprising new data on what may be the healthiest way to prepare tea.

All Videos for Antioxidants