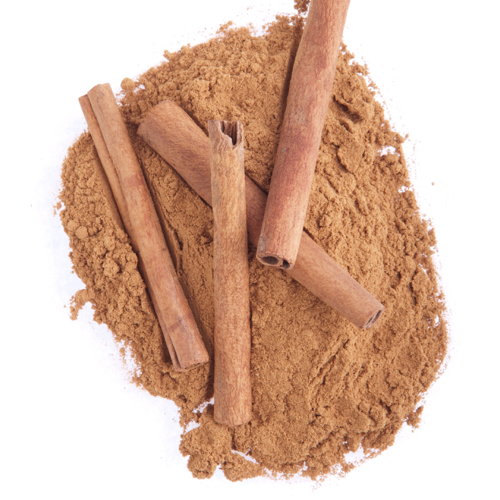 The food category averaging the most antioxidants is herbs and spices. In terms of antioxidant bang for your buck, açai berries beat out other superstars, such as walnuts, apples, and cranberries, but for best bargain, purple cabbage wins for most antioxidants per dollar, followed by the spice cinnamon.

My Daily Dozen recommends a minimum of a quarter teaspoon of turmeric every day, along with any other (salt-free) herbs and spices you enjoy, and there are many reasons to incorporate cinnamon into your diet. The spice is an antioxidant powerhouse. By adding just a half teaspoon to your morning oatmeal, for example, you could bring the antioxidant power of your meal from 20 units to 120 units.

There are two main types: Ceylon and cassia, also known as Chinese cinnamon. In the United States, anything simply labeled “cinnamon” is probably the less-expensive cassia. Unfortunately, cassia contains coumarin, a compound that may be toxic to the liver at high doses. Unless it’s specifically labeled “Ceylon cinnamon,” a quarter teaspoon even a few times a week may be too much for small children and a daily teaspoon would exceed the tolerable upper safety limit for adults. Does switching to Ceylon give the benefits without the risks?

Nearly all the studies showing blood sugar benefits of cinnamon have been performed with cassia. When researchers used Ceylon instead, the nice blunting of blood sugars seen in response to cassia disappeared. In fact, the toxic coumarin itself may have been the active blood-sugar-lowering ingredient in the cassia cinnamon. Thus, sidestepping the toxin by switching to Ceylon may sidestep the benefit. When it comes to lowering blood sugars, cinnamon may not be safe (cassia), or it may be safe but apparently not effective in reducing blood sugar (Ceylon). I still encourage Ceylon cinnamon consumption, given that it is one of the cheapest common food sources of antioxidants.

Image Credit: GraphicStock. This image has been modified.

Cinnamon can no longer be considered a safe and effective treatment for diabetes. 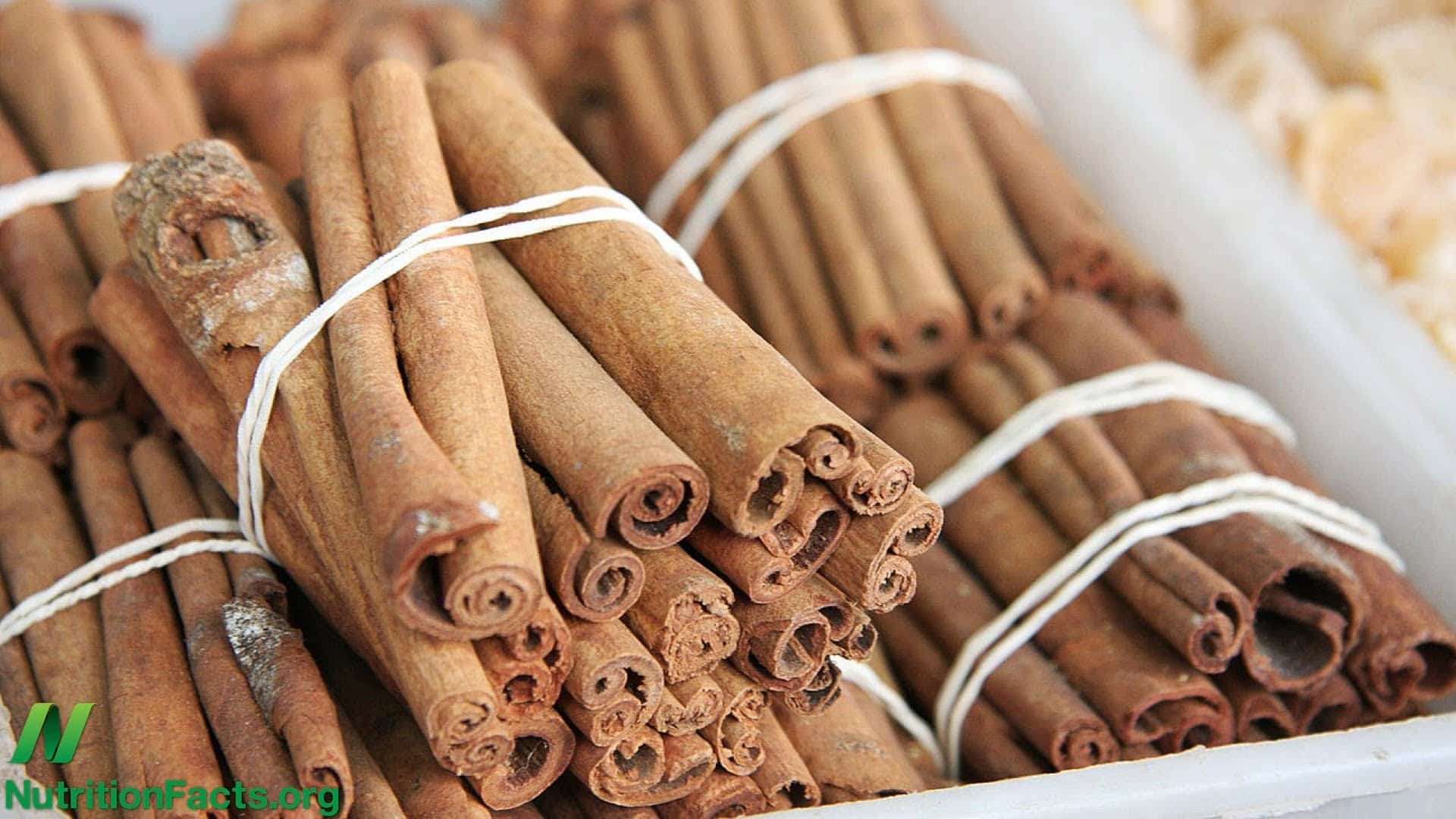 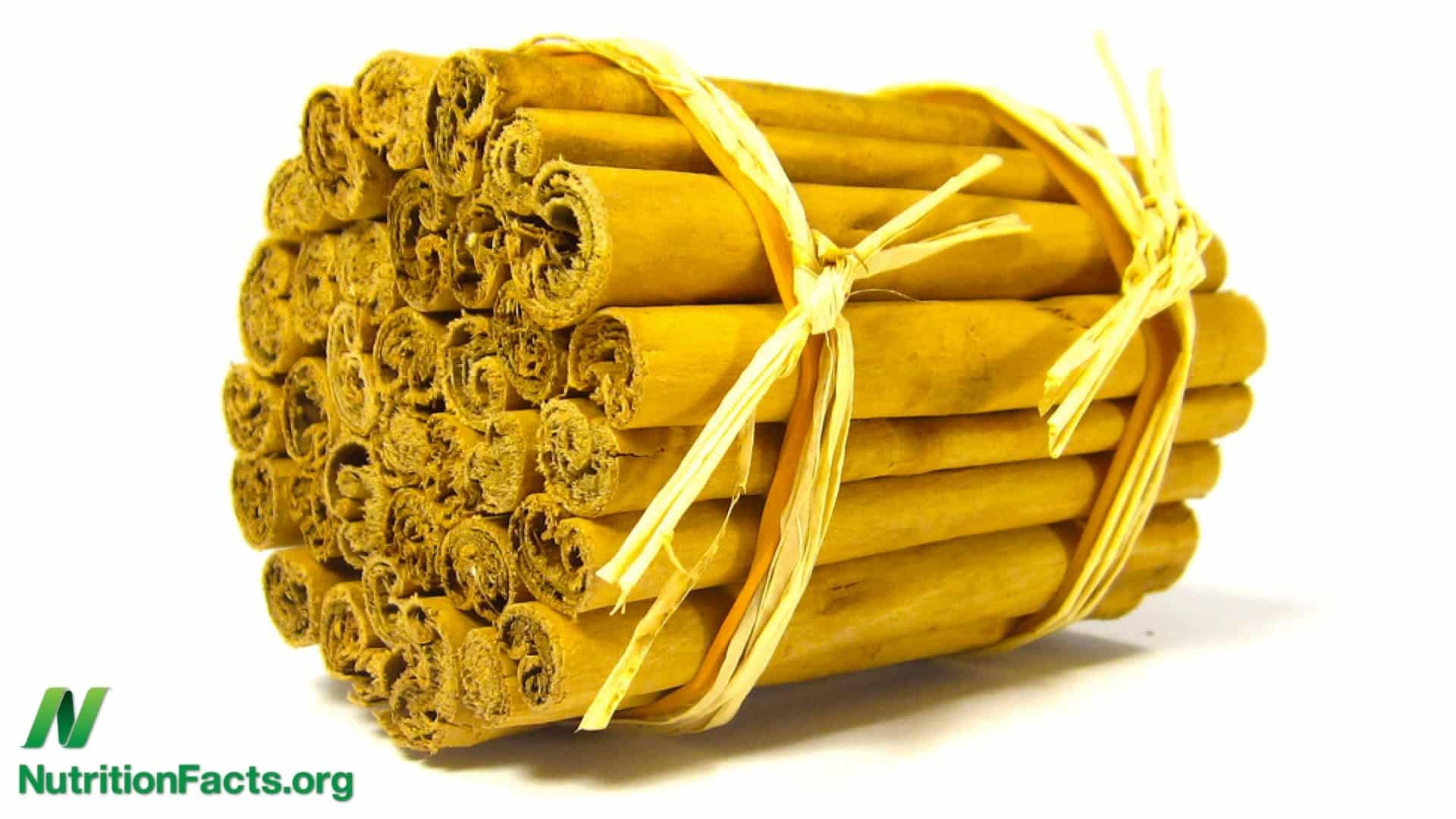 How much turmeric and cinnamon is too much?

All Videos for Cinnamon