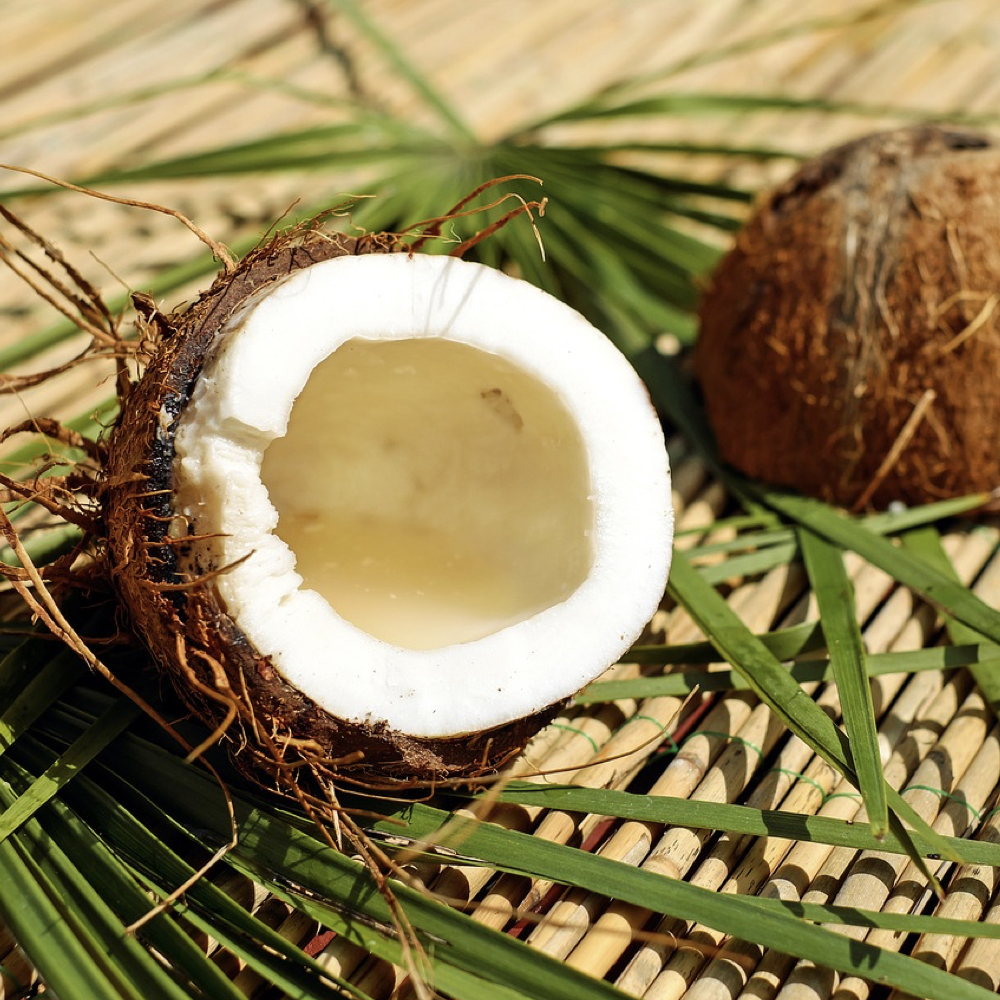 Coconuts, botanically speaking, are fibrous, one-seeded drupes, but commonly thought of as a fruit, a nut, and a seed. As a whole plant food, coconuts appear to be harmless and, as a green-light source of fat, can even increase the nutrient absorption of nutrients when eaten together with greens, for example. We tend to consume coconut milk, coconut oil, and coconut water more often than the flakes or “meat,” though. Are those healthful choices?

Coconut milk and coconut oil have cholesterol-raising saturated fats like those found in beef tallow. In fact, the saturated plant fats in tropical oils, including palm and coconut oils, not only join animal fats in increasing heart disease risk, but may also play a role in the obesity epidemic, despite claims made by the diet industry hawking coconut oil as a weight-loss magic bullet.

When researchers pitted virgin coconut oil against a placebo control, the coconut oil did worse. Not only was there no difference in fat burning, the study subjects ended up hungrier after the coconut oil meal. Coconut oil was less satiating than the same number of calories of a control oil. It turns out coconut oil is just as fattening as other oils in terms of total, belly, or butt/thigh fat and may have adverse metabolic effects.

What about coconut water? It’s been touted as a preferred drink by athletes, but when put to the test, coconut water didn’t have any benefit over plain water during exercise. People with kidney disease should be aware that coconut water has so much potassium that they can run into life-threatening hyperkalemia (too much potassium in the blood) if they drink like two quarts of coconut water and don’t have normal kidney function—which would otherwise just flush the excess away. Even one quart a day may be too much for someone whose kidneys have been compromised by diabetes, for example.

All Videos for Coconuts