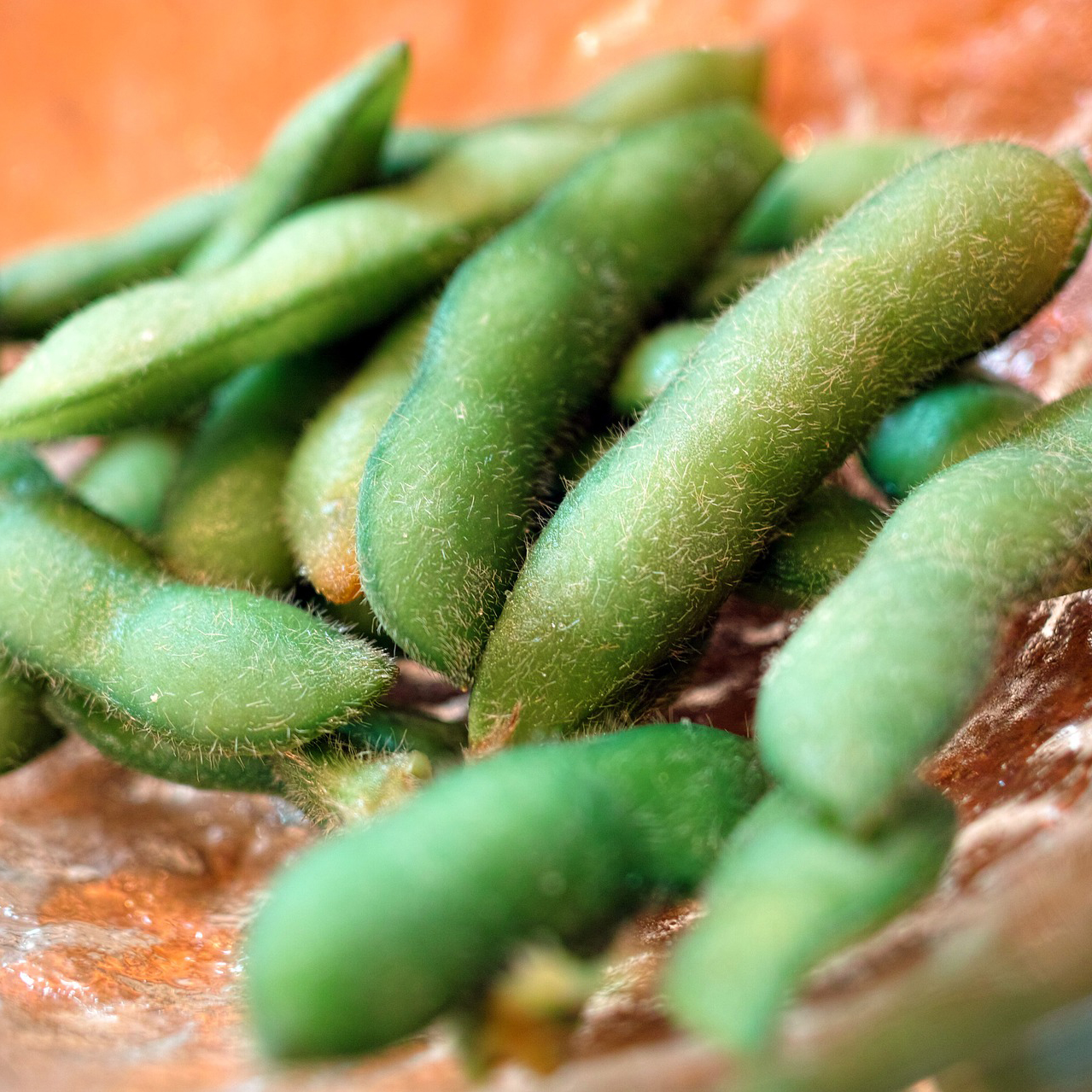 Edamame are young soybeans still in their pods. They, along with other soy foods like tempeh, tofu, soymilk, and miso, are high in nutrients typically associated with other legumes, including fiber, iron, magnesium, potassium, protein, and zinc.

Soybeans naturally contain a class of phytoestrogens called isoflavones. People hear “estrogen” in “phytoestrogens” and assume that means soy has estrogen-like effects. Not necessarily. Estrogen has positive effects in some tissues and potentially negative effects in others. Soy, it seems, lowers breast cancer risk, an antiestrogenic effect, but can also help reduce menopausal hot-flash symptoms, a proestrogenic effect. By eating edamame and other soy foods, you may enjoy the best of both worlds.

Soy consumption has also been shown to benefit our kidneys, which appear to handle plant and animal proteins very differently. Within three hours of eating tuna, for example, kidney filtration rate can shoot up 36 percent as our kidneys rev up into hyperfiltration mode, yet eating the same amount of protein in the form of tofu doesn’t appear to place any additional strain on the kidneys.

My Daily Dozen recommends three daily servings of beans. A half cup of cooked edamame is one serving, and they are one of my favorite snacks. I buy them frozen and just throw a handful into some boiling water for about five minutes, then strain and crack a lot of fresh pepper onto the pods and nibble the beans right out. (You can also buy them pre-shelled, but they aren’t as fun to eat.)

All Videos for Edamame