Thanks to the collective enthusiasm for sharing NutritionFacts.org by our subscribers, Twitter and Instagram followers, and 1.3 million Facebook and G+ fans, we averaged nearly 3 million page views a month this year. But it’s not about the numbers; it’s about the people whose lives we’ve touched, changed, or even saved. That is why I’ve dedicated my life to get new videos and articles up each and every day. A heartfelt thank you to everyone who has made this public service possible.

NutritionFacts.org arises from my annual review of the medical literature. With the help of 19 researchers and a team of hundreds of volunteers, we churned through tens of thousands of papers published in the peer-reviewed scientific nutrition literature and are ramping up to break new records in 2017. How do I choose which studies to highlight? In general, I strive to focus on the most groundbreaking, interesting, and useful findings; but which topics resonate the most? Is it the practical ones, offering cooking or shopping tips? Or those that dissect the studies behind the headlines? Maybe it’s the geeky science ones exploring the wonderfully weird world of human biology? As you can see from the below list, the answer seems to be a bit of all of the above:

#10 Paleopoo: What We Can Learn from Fossilized Feces 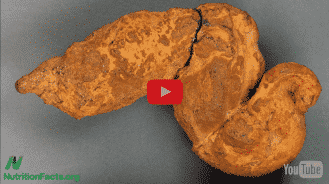 A video about the paleo diet and poop? No wonder it made the top ten! Two other popular paleo videos include Lose Two Pounds in One Sitting: Taking the Mioscenic Route, where researchers put our ancestral diet to the test, and Paleo Diet Studies Show Benefits, which studies the more modern misinterpretation. 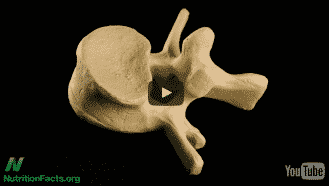 My favorite videos are the less academic ones that offer real-world, day-to-day dietary advice. Others this year in this category included Fennel Seeds for Menstrual Cramps & PMS, Club Soda for Stomach Pain and Constipation, and Ginger for Osteoarthritis, where a quarter- to a half-teaspoon a day of ground ginger was found to be as pain-relieving as ibuprofen, without the risk of damage to the intestinal lining. 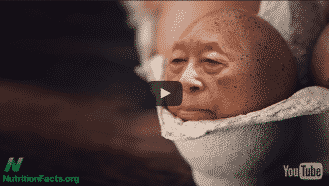 Egg industry shenanigan videos are a perennial favorite and 2016 was no exception. This one details how they funded a study designed to cover up the toxic trimethylamine oxide reaction. For a blast from the past, the original doozy was back in 2014: Who Says Eggs Aren’t Healthy or Safe? 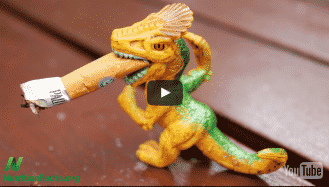 Only about one in 10,000 people make it to be 100 years old. What’s their secret? That’s the question I took on in this firecracker. Protein videos were popular in general this year, including The Protein Combining Myth (yes, plant proteins are complete proteins) and The Great Protein Fiasco (we don’t need as much protein as we thought).

#6 Is it Worth Switching from White Rice to Brown? 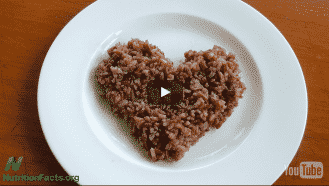 I think this one was popular because it drew lots of people asking that question on Google. Or maybe people like grain videos? Gut Microbiome: Strike it Rich with Whole Grains was also a hit this year. And speaking of our good gut bacteria, Effect of Sucralose (Splenda) on the Microbiome was a runner-up. 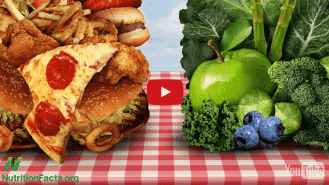 I introduce the concept of energy density to explain how a study can show participants lose an average of 17 pounds within 21 days while eating a greater quantity of food. My kind of diet! Another popular 2016 weight loss video, Can Morbid Obesity Be Reversed through Diet?, asked if there was a safe way to lose hundreds of pounds.

#4 How Not to Die from Cancer 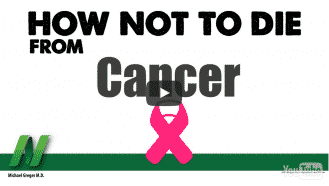 I’m excited one of my “on camera” experiments made the list. The second most popular was How Not to Die from Diabetes.

#3 Who Shouldn’t Consume Curcumin or Turmeric?

This may have been another inadvertent Google coup, similar to another popular recent one Who Shouldn’t Eat Soy? 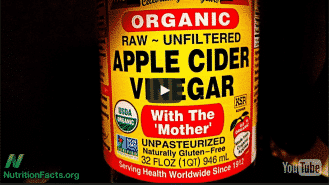 CT scans confirm daily vinegar consumption can lead to a significant loss of abdominal fat. It has other benefits too, which is why my family now incorporates various vinegars into our daily diet. How much are we talking about? Check out my follow-up video Optimal Vinegar Dose.

#1 How Not to Die:
The Role of Diet in Preventing, Arresting, & Reversing Our Top 15 Killers 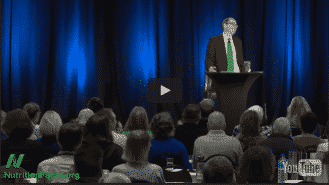 For the fifth year in a row, my most popular video is my live annual review. This year’s is kind of a “best-of” compilation of my last four year-in-review presentations, loosely based on my latest book.

I’m not sure I’m going to do an annual review video in 2017, since I’ll be concentrating so hard just catching up after a year on the road. Our research team has already collected 18,331 papers towards the 2017 batch. Time to get reading!

PS: If you haven’t yet, you can subscribe to my free videos here and watch all my live, year-in-review presentations:

Michael Greger, M.D. FACLM, is a physician, New York Times bestselling author, and internationally recognized professional speaker on a number of important public health issues. Dr. Greger has lectured at the Conference on World Affairs, the National Institutes of Health, and the International Bird Flu Summit, testified before Congress, appeared on The Dr. Oz Show and The Colbert Report, and was invited as an expert witness in defense of Oprah Winfrey at the infamous "meat defamation" trial.

Given the level of reported community transmission and the prospects of flattening the pandemic curve by preventing unnecessary public gatherings, I’m postponing my speaking tour until we have a better handle on the prevalence and spread after sufficient testing is completed.