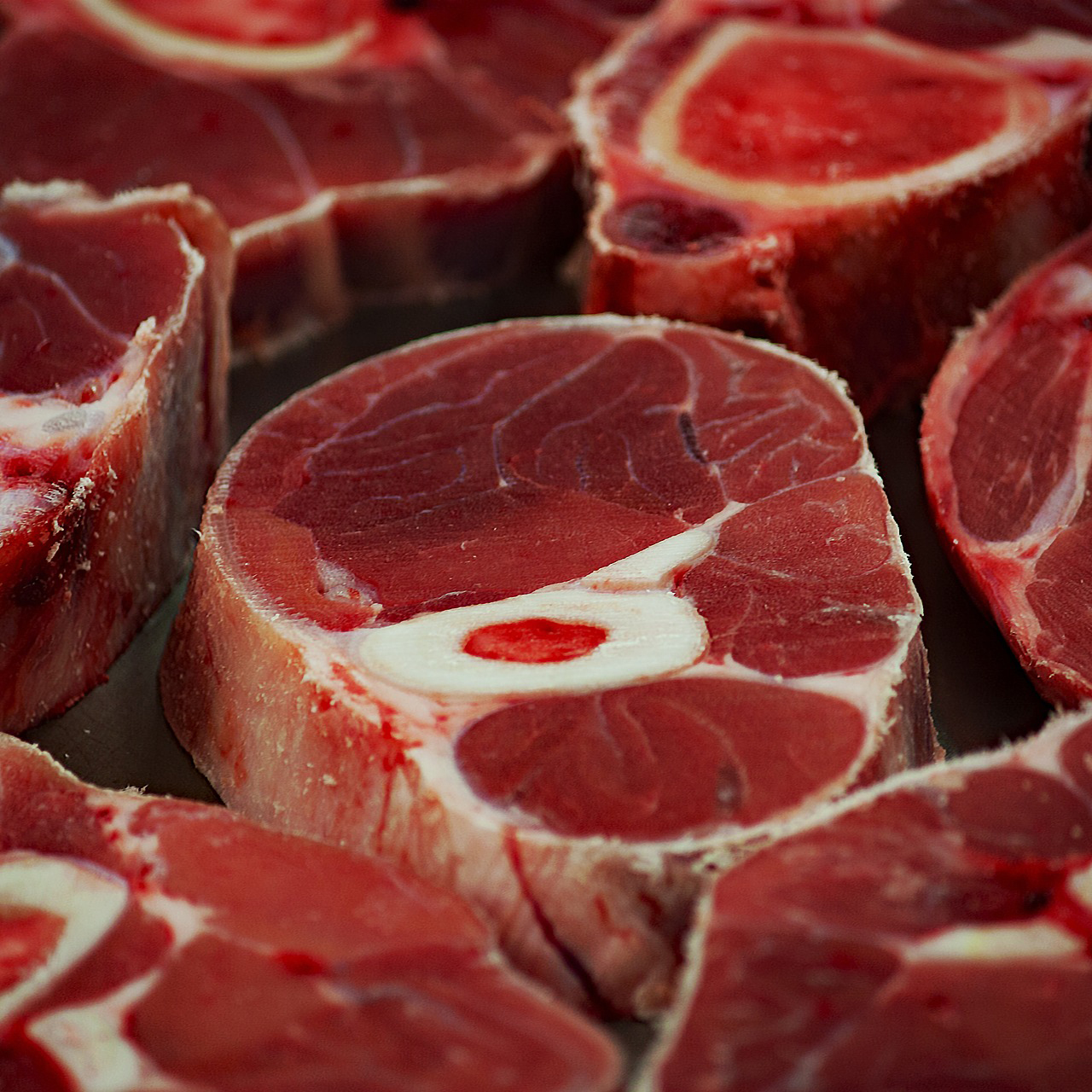 Red meat consumption has been associated with an increased risk of total mortality, cardiovascular disease mortality, and cancer mortality. On average, there are 64 times more antioxidants in plant foods than animal foods. The animal protein in meat may even have a pro-oxidant effect. Because food is a package deal, the nutrients in products such as beef cannot be obtained without cholesterol, saturated fat, and hormones. Red meat also contains carnitine, which can ultimately leads to the buildup of TMAO circulating throughout our bloodstream. TMAO increases the buildup of cholesterol in the inflammatory cells in the atherosclerotic plaques in our arteries, which is associated with a higher risk of heart attack, stroke, and death. Another risk factor for heart disease, stroke, and death is choline, found primarily in eggs, milk, fish, liver, poultry and red meat.

Meat appears to actually speed up the aging process by contributing to the loss of  the telomere caps of our DNA and through the presence of AGEs (thought to likewise speed up the aging process). Vegetarians report less negative emotions than omnivores, possibly due to the inflammatory omega-6 arachidonic acid in meat. The injections of U.S. cattle with anabolic steroids appear to make their way into the meat and have been tentatively linked with increased hormone dependent cancer levels. The sex steroid hormones in beef may affect the development of pregnant women’s son’s genitals in the womb. Meat intake has also been associated with women’s infertility and dementia. Tick-bite induced meat allergies may help explain idiopathic hives in children. Pancreatic cancer has been linked to intake of animal fat (including beef fat), though red meat is still better than poultry. Acute myeloid leukemia as well as other types of leukemia have been associated with meat intake.

In terms of fecal contamination, beef tends to be safer than chicken because the skin of cows is not eaten. Red meat is safer than white meat and fish in regards to flame retardant chemical contamination and safer than chicken and fish in terms of methionine amounts, which have been found to stimulate the growth of cancer cells. It is also poses a lower risk for prostate cancer than poultry, eggs, and refined grains, as well as a lower diabetes risk than fish (see also here) and 40% less weight gain than poultry. Red meat is riskier than white meat for colon cancer. PCBs are found in highest concentrations in fish and eggs, milk and milk products, and meat and meat products from land based animals, in that order. Finally, fast food burgers have been found to contain the following: blood vessels, nerves, cartilage, and only 2.1%-14.8% meat.

In September 2019, the Annals of Internal Medicine released a press release with the headline: “New guidelines: No need to reduce red or processed meat consumption for good health”.  See Dr. David Katz’s response to these publications here.

Image Credit: Uwe Ruhrmann / Pixabay. This image has been modified.

All Videos for Red Meat