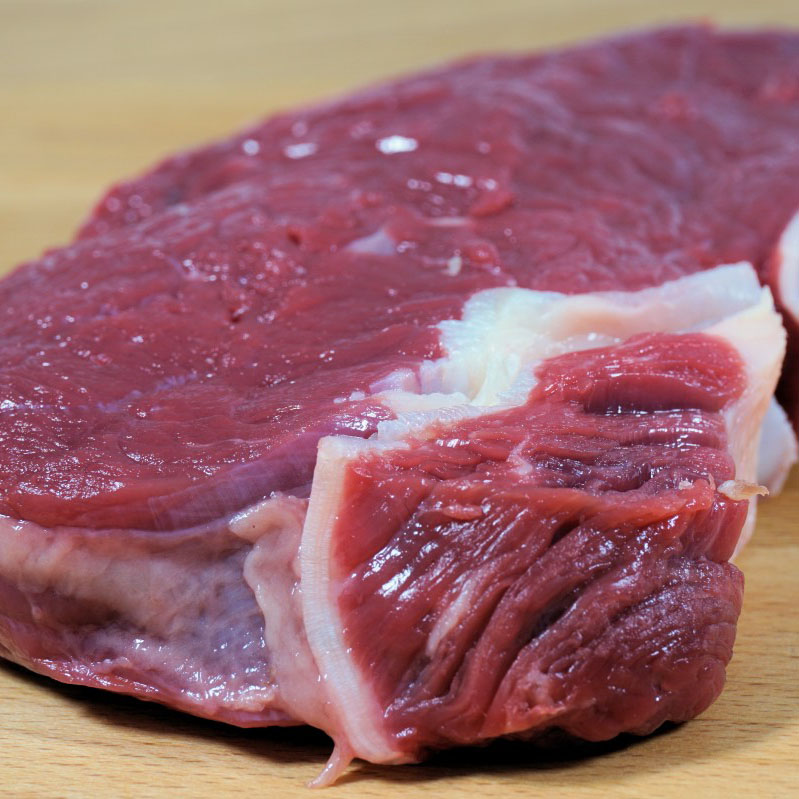 Animal muscle including beef naturally contains significant amounts of saturated fats, trans-fats and cholesterol, all of which increase our risk of cardiovascular disease and stroke. Saturated fat may also play an important role in the development of autoimmune diseases, such as multiple sclerosis. Beef has been considered richer in fat and cholesterol than other meat, but switching to eating chicken and fish does not lower cholesterol.

Two major Harvard studies—the Nurses’ Health Study, which followed about 120,000 30- to 55-year-old women, and the Health Professionals Follow-Up Study, which followed about 50,000 men aged 40 to 75—found that consumption of processed and unprocessed red meat appeared to be associated with an increased risk of dying from cancer and heart disease, as well as shortened life spans overall—a conclusion reached even after controlling for age, weight, alcohol consumption, exercise, smoking, family history, caloric intake, and even the intake of whole plant foods, such as whole grains, fruits, and vegetables.

In the largest study of diet and health, researchers followed about 545,000 men and women aged 50 to 71 over a decade and came to the same conclusion: Meat consumption was associated with increased risk of dying from cancer, dying from heart disease, and dying prematurely in general.

Alzheimer’s disease risk may also be affected by meat consumption. In Japan, Alzheimer’s prevalence has escalated over the past few decades, thought to be due to the shift from a traditional rice-and-vegetable-based diet to one featuring triple the dairy and six times the meat. The lowest validated rates of Alzheimer’s in the world are in rural India, where people tend to eat plant-based diets. In the United States, those who don’t eat meat (including poultry and fish) appear to cut their risk of developing dementia in half, and the longer meat is avoided, the lower dementia risk appears to fall.

All Videos for Beef