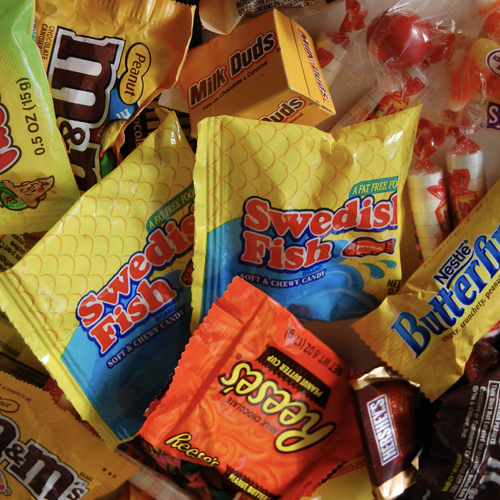 High calorie, low nutrient junk foods are a major contributing factor to why the Western diet rates so poorly. The intake of junk food should be as low as possible. In the U.S. dietary guidelines, the U.S. government has not directly stated this, likely due to food industry influence. In 2005, the meat, egg, dairy, and junk food industries may have influenced the government in their food recommendation graphic to give less visual importance to whole, plant foods.

Industry influence may also be a factor as the world’s large association of nutritional professionals, the Academy of Nutrition and Dietetics and the American Academy of Family Physicians receive sponsorship dollars from meat, dairy, processed, and junk food companies each year. With the obesity epidemic, a key policy issue is whether food companies should be regulated to sell less junk. In the meantime, most people agree that overall, the public needs to limit its intake of junk food and animal fat, and eat more fruits and vegetables. The American Heart Association recommends the equivalent of a maximum of only two meals per week with meat, dairy, or junk food, with all other meals consisting of unprocessed plant foods. Those eating a Paleo diet agree that junk food intake should be greatly reduced. Avoiding processed junk food is almost universally recommended. Only when foods are ranked by cost per calorie is junk foodcheaper than fruits and vegetables.

When people regularly eat calorie dense animal and junk foods, they may blunt their pleasure centers so much that they overeat to compensate. When children are given the choice to eat as much as they want of raisins, grapes, chips, or cookies, children choose to eat less fruit and more junk food.  Artificial sweeteners, which can be in junk foods, often maintain cravings for sweet foods. Plate and cup color may also affect the amount junk food eaten.

Unlike whole plant foods, junk food has little or no fiber and generally lack the thousands of phytonutrients available in fruits and vegetables. Too much junk food may contribute to excess intake of phosphorus and trans fats, considered harmful to health.

Junk food intake appears to raise the risk for high blood pressure, acne, and obesity. Junk food can raise LDL cholesterol, increase the severity of diabetes, and raise the risk of diseased arteries. Luckily, if we abstain from eating heavily fried and salted foods, our taste buds can change relatively quickly.

Image Credit: Kevin Krejci / Flickr. This image has been modified.

All Videos for Junk Food