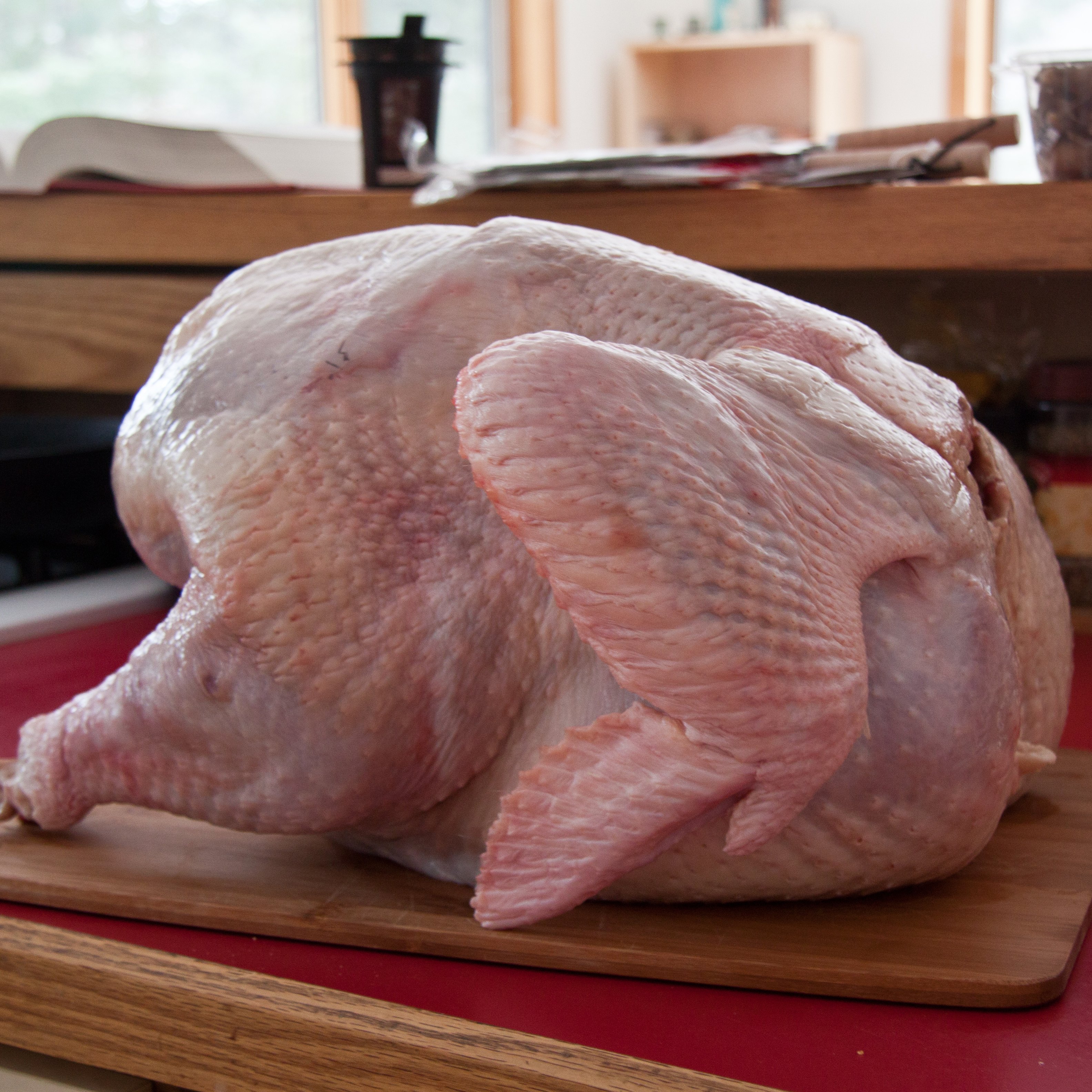 While animal protein intake is generally associated with weight gain, poultry such as turkey appears to be the worst, associated with 40% more weight gain than red meat or processed meat. When it comes to turkey, however, gaining a few extra pounds isn’t the only concern; with a high fat content, poultry appears to promote diabetes and the development of pancreatic cancer more than other animal products, potentially raising one’s risk of pancreatic cancer by 72% for every 50g increase in daily poultry consumption. Turkey consumption may also cause the rapid uptake and accumulation of the neurotoxin harman – linked to essential tremor, cancer, and Parkinson’s disease.

Turkey meat may contain toxic chemicals and life-threatening bacteria. Processed turkey meat appears to come pre-packaged with cancer causing agents, containing dangerously high levels of nitrosamines – the chemical compounds considered to be the most carcinogenic agents in cigarette smoke. Workers in poultry slaughtering and processing plants have significantly increased risk of dying from certain cancers including those of the cervix, penis, liver and pancreas, a phenomenon that might be explained by the increasing presence of cancer-causing viruses in poultry products. Men who regularly consume poultry have four times greater risk of developing prostate cancer compared with non-poultry eaters.

Turkey feed often contains antibiotics, which may foster the growth of multidrug resistant pathogens, including E. coli and Salmonella, which causes more deaths and hospitalizations than any other food borne illness. A 2011 study found that 47% of American retail meat tested was infected with Staphylococcus bacteria, with the bacteria present in 77% of turkey samples. Turkey was also found to have the highest amounts of flame retardant chemical pollutants. Most poultry, including turkey, is injected with phosphorous preservatives, which appear to increase the growth of food poisoning Campylobacter bacteria, damage blood vessels, accelerate aging, contribute to osteoporosis, and function as an arterial toxin. Furthermore, many birds are fed arsenic-containing drugs that are apparently converted by cooking into carcinogenic inorganic arsenic compounds, the harmful effects of which are magnified by feeding poultry the leftover guts, heads, feet, manure and feathers of other slaughtered birds, which are often laden with arsenic, in turn leading to increased arsenic exposure in humans who eat the meat. Sliced turkey has also been found to be contaminated with the dangerous chemical BPA, found in plastics, which has been linked to diabetes, erectile dysfunction, and our nation’s number one killer, cardiovascular disease.

Image Credit: Tim Sackton / Flickr. This image has been modified.

All Videos for Turkey