Rheumatoid arthritis is a chronic, systemic autoimmune disease affecting millions. It is characterized by persistent pain and stiffness, along with progressive joint destruction, particularly in the hands and feet, leading to crippling deformities. What can we do to prevent it and treat it?

In a famous 13-month-long randomized controlled trial of plant-based diets for rheumatoid arthritis, patients were put on a vegan diet for three and a half months, and then switched to an egg-free lactovegetarian diet for the remainder of the study. Compared to the control group, who didn’t change their diet at all, the plant-based group had a significant improvement in morning stiffness within the first month, cutting the number of hours they suffered from joint stiffness in half. Pain dropped from five out of ten down to less than three out of ten. The plant-based group subjects also reported subjectively feeling better and experiencing significant improvement in their grip strength, fewer tender joints, less tenderness per joint, and less swelling, with the added benefit of losing about 13 pounds and keeping most of that weight off throughout the year. They also had a drop in inflammatory markers in their blood. The question is why. What does diet have to do with inflammatory joint disease? One way plant-based diets may help rheumatoid arthritis is by decreasing exposure to an inflammatory compound found in animal products.

Arthritis may also be triggered by Yersinia bacteria, which reportedly sickens nearly one hundred thousand Americans yearly. In every outbreak for which a source has been found, the culprit was contaminated pork. In most cases, Yersinia food poisoning leads to little more than acute gastroenteritis, but the symptoms can become severe and mirror appendicitis, resulting in unnecessary emergency surgeries. Long-term consequences of Yersinia infection include chronic inflammation of the eyes, kidneys, heart, and joints. Studies have found that within a year of contracting Yersinia food poisoning, victims appear 47 times more likely to come down with autoimmune arthritis, and the bacteria may also play a role in triggering an autoimmune thyroid condition known as Graves’ disease.

Our weight may also play a factor. Over recent decades, the number of American children reported to be overweight has increased by more than 100 percent. Children who are obese at age six are thought more likely than not to stay that way, and 75 to 80 percent of obese adolescents may remain obese as adults. As such, childhood obesity can be a powerful predictor of adult disease and death. For example, being overweight as a teenager was found to predict disease risk even 55 years later. Such individuals may end up with twice the risk of dying from heart disease and a higher incidence of other diseases, including colorectal cancer, gout, and arthritis.

Not only may plant-based diets improve or even eliminate arthritis symptoms, but specific plant foods may provide some relief. For example, açai berries showed modest benefit for osteoarthritis sufferers. Tart cherries appear to be so anti-inflammatory that they can be used to treat a painful type of arthritis called gout. Delicious dietary treatments are much welcomed, as some gout drugs can cost $2,000 a dose, carry no clear-cut distinction between nontoxic, toxic, and lethal doses, or can cause a rare life-threatening side effect in which your skin detaches from your body.

Curcumin, the pigment in turmeric that gives it that bright yellow color, has been shown to effectively treat rheumatoid arthritis better than the leading drug of choice. Consuming turmeric with soy may offer a double benefit for osteoarthritis sufferers. Scrambled tofu is the classic turmeric-soy combination, but let me share one of my favorites: a pumpkin pie smoothie you can whip up in less than three minutes. Simply blend a can of pumpkin purée, a handful of frozen cranberries and pitted dates, pumpkin pie spice to taste, a quarter-inch turmeric slice (or quarter-teaspoon of powder), and unsweetened soymilk to reach your preferred consistency.

Image Credit: Creatas Images / Thinkstock. This image has been modified. 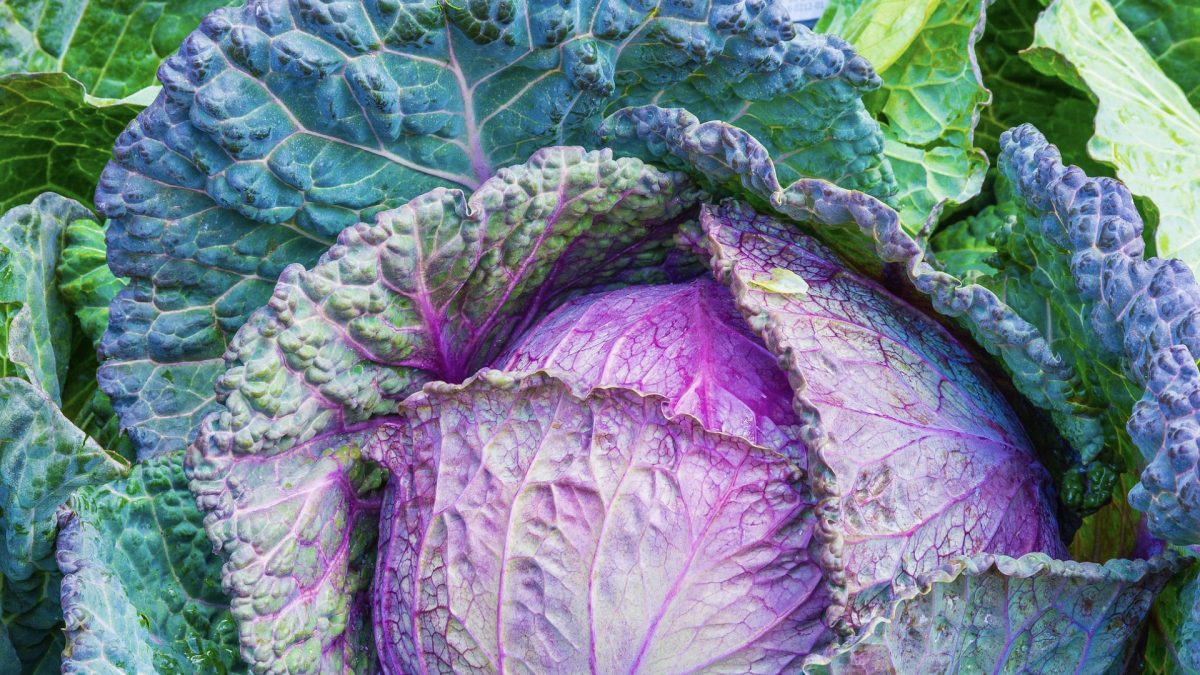 Benefits of Cabbage Leaves on the Knee for Osteoarthritis

Unbelievably, a randomized controlled trial of cabbage leaf wraps for arthritis was published. 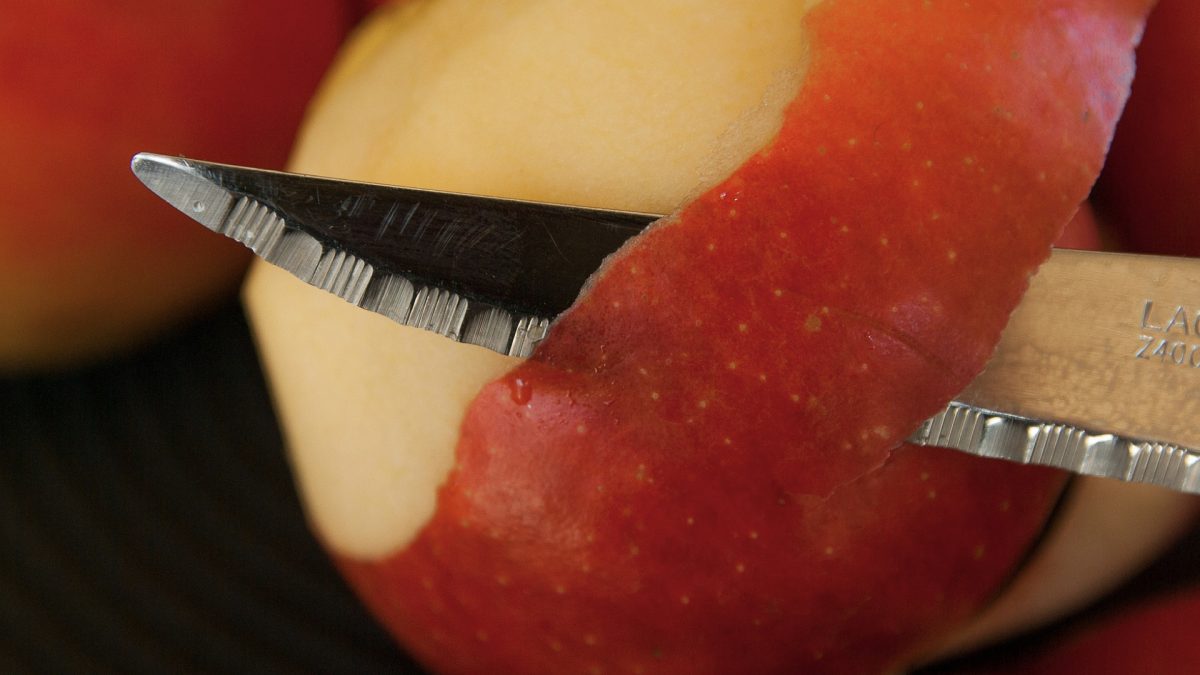 Apple Peels Put to the Test for Chronic Joint Pain

Are the health benefits associated with apple consumption simply due to other healthy behaviors among... 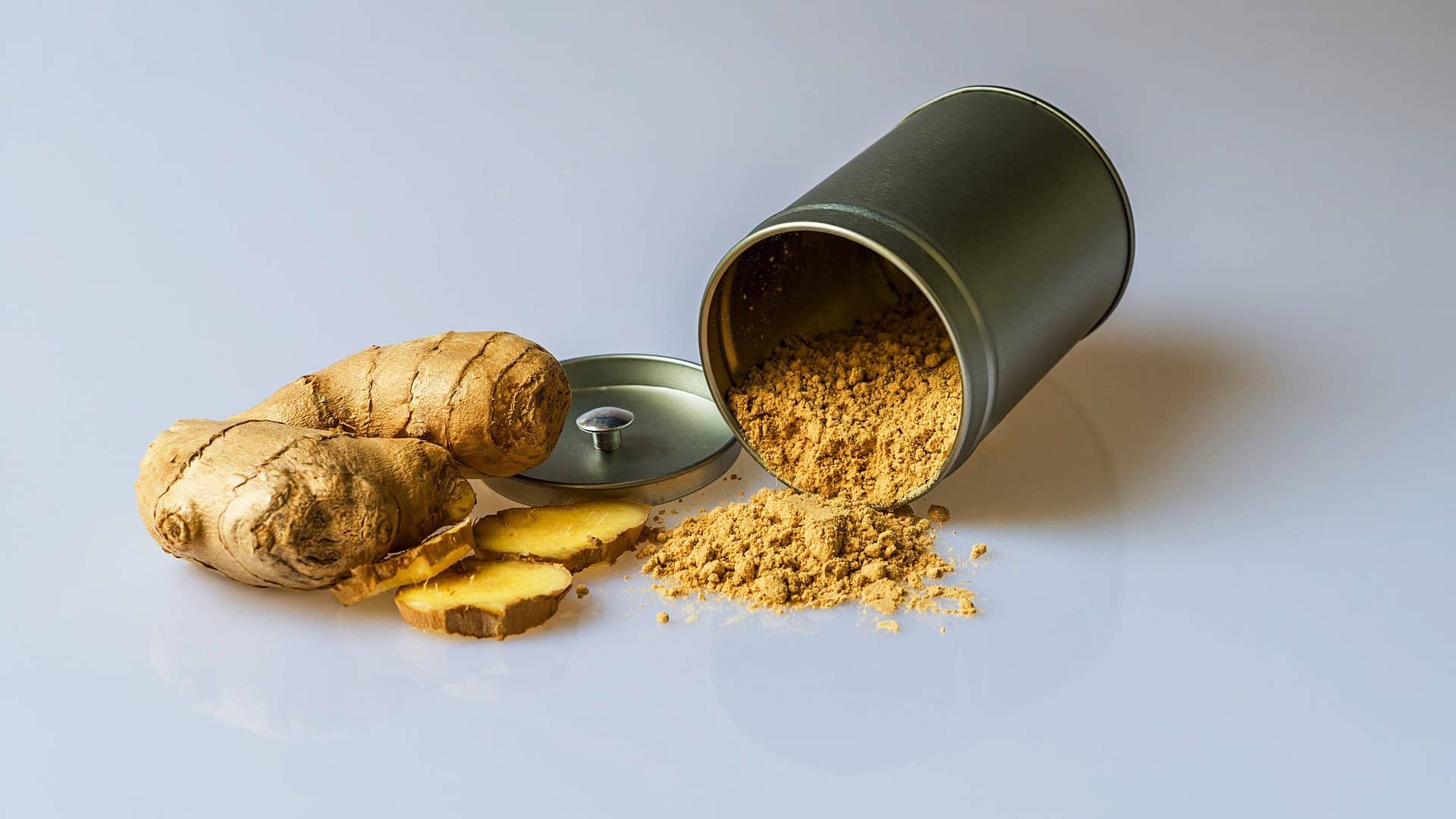 A quarter- to a half-teaspoon a day of powdered ginger can be as pain-relieving as... 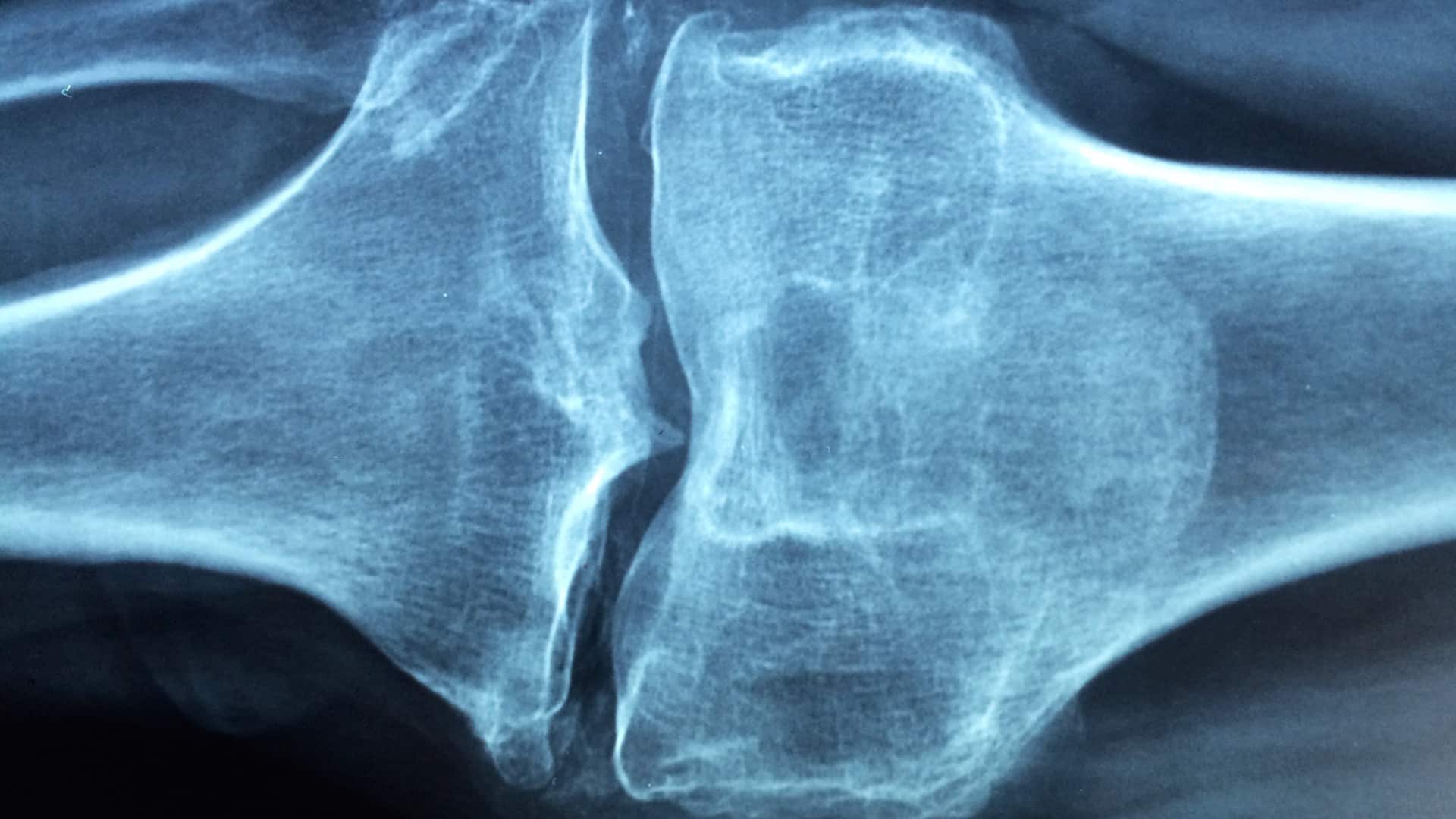 Can the consumption of sesame seeds improve the clinical signs and symptoms of arthritis?

Rheumatoid arthritis may be triggered by autoimmune friendly fire against a urinary tract infection bacteria... 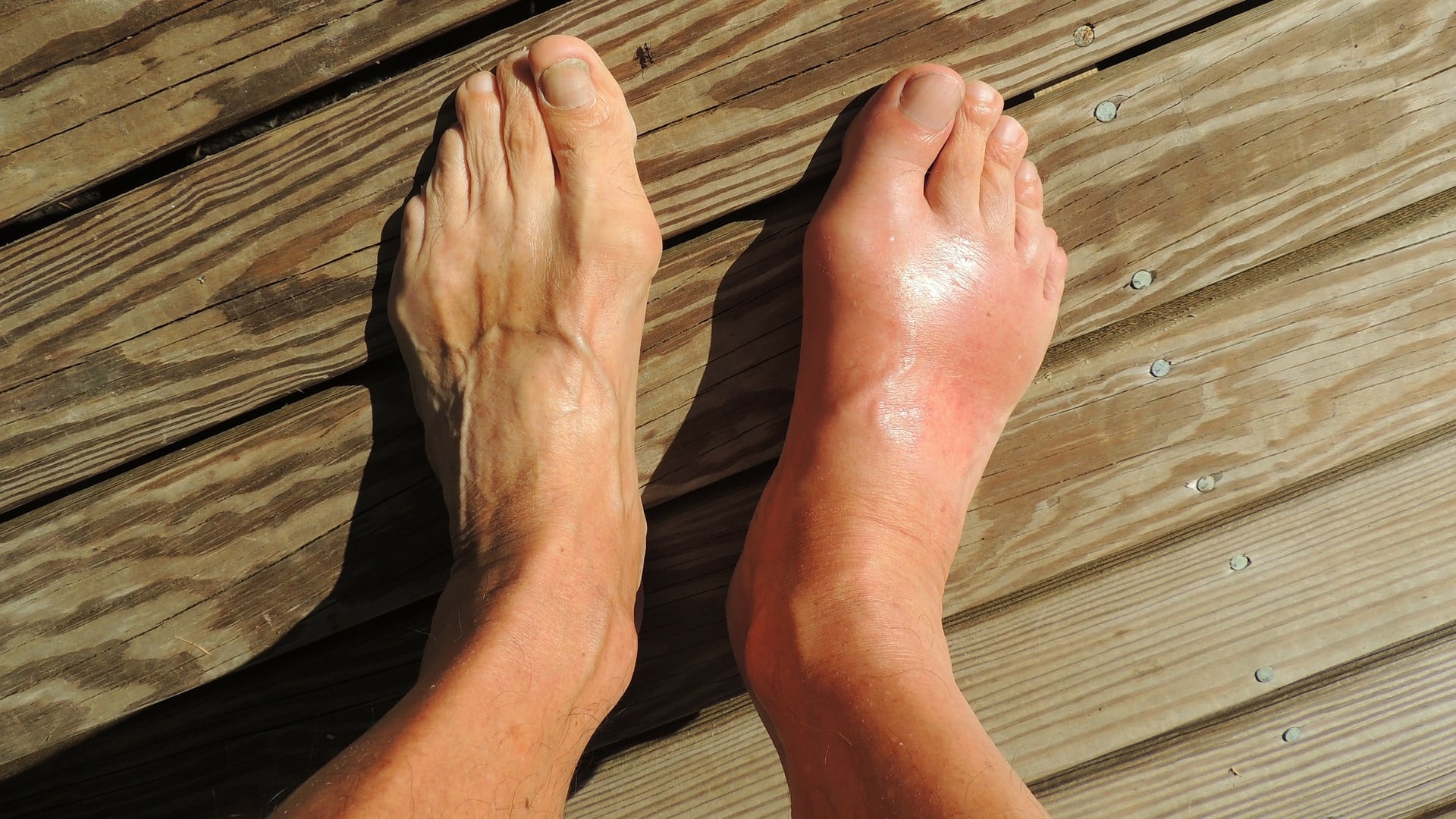 Cherry consumption has been shown to successfully prevent gout arthritis attacks, but what about cherry...

Gout Treatment with a Cherry on Top

How do sweet cherries compare to the drug allopurinol and a low-purine diet for the...

Randomized controlled trial comparing the safety and efficacy of drugs versus curcumin, the yellow pigment...

Plant-based diets may help rheumatoid arthritis by decreasing exposure to an inflammatory compound found in...

All Videos for Arthritis