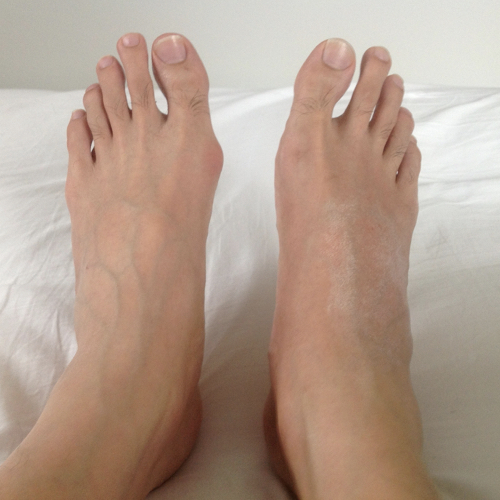 Gout is a painful inflammatory arthritic disease caused by too much uric acid in the blood, causing sharp crystals to develop in the joints.

What Increases the Risks of Gout?

Purines of animal origin, heavy alcohol consumption, and being overweight as a teenager may increase the risk of gout. Fructose, found in both sugar and high fructose corn syrup leads to uric acid production in the body, increasing the risk of gout.

Lead contamination may be linked to an increased prevalence. It has been recommended that doctors and nutritionists factor in the risk of lead contamination when advising clients to add bone broth in their diets, which has become more popular with the introduction of the Paleo Diet.

Yeast (a natural immune system regulator) is high in purines, so those with gout may want to limit consumption to less than a teaspoon a day.

The drug, allopurinol, is commonly prescribed for gout management. Research has also shown the potential to reduce the risk of gout through diet modification, without the use of expensive drug treatments and the risk of their associated side-effects.

In general, individuals eating a more alkaline diet—vegetarian, in this case—were found to flush significantly more uric acid from the body, decreasing the uric acid levels in the blood. In an interventional trial it was found that, in only a few days, participants experienced a 93% decline in the risk of uric acid crystallization.

Due to the ability to dramatically decrease uric acid levels, cilantro may also be useful. Cherries fight inflammation and may lower uric acid levels. They show great potential to treat gout by dropping the number of flares, potentially enabling patients to go off medication. C-reactive protein levels dropped in a study where participants ate about 45 cherries a day for a month, with some anti-inflammatory benefit remaining even a month later.

Image Credit: Ivan Lian / Flickr. This image has been modified.

All Videos for Gout