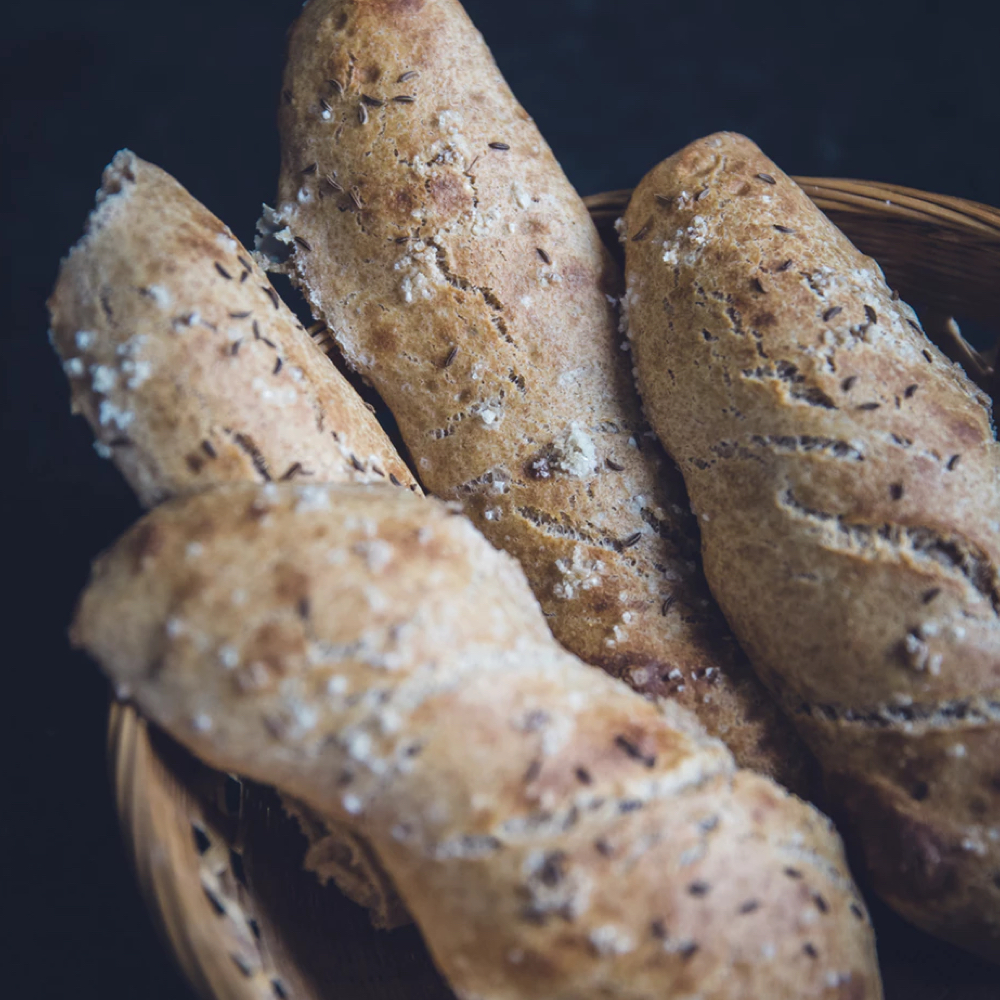 Ninety-six percent of Americans don’t eat the minimum recommended daily amount of beans or greens, and 99 percent don’t get enough whole grains. Nearly the entire U.S. population fails to eat enough whole plant foods—the only place fiber is naturally found in abundance. French fries make it into the top-ten sources of fiber in the American diet, and donuts, cookies, and cake come in at number thirteen. And the number-one fiber source in the American diet? White bread. Even though it’s severely fiber-depleted, we eat so much of it and so few whole grains and beans that white bread is Americans’ top fiber source. And, for adults over fifty, it’s the number-one source of sodium intake. Should we skip bread altogether? Or are some types better than others?

Eating whole grains appears to reduce the risk of heart disease, type 2 diabetes, obesity, and stroke, potentially saving the lives of more than a million people every year. Take note of the whole, however. While whole grains, such as oats and whole wheat, have been shown to reduce risk of developing chronic disease, refined grains may actually increase risk. Consistent with recommendations from leading health authorities, my recommended Daily Dozen includes at least three daily servings of whole grains.

What happens if you feed people white bread with butter versus whole-wheat bread with butter, along with lots of fruits and vegetables, and measure how much butter comes out the other end? The higher-fiber whole-wheat group poops out more than twice as much fat as the white-bread group, since some of the butter calories get trapped in all that fiber. Eat whole-grain bread as opposed to white, and stool analyses will find that you flush out nearly ten times as many carb calories. That is because fiber can act as a fat- and starch-blocker.

All Videos for Bread