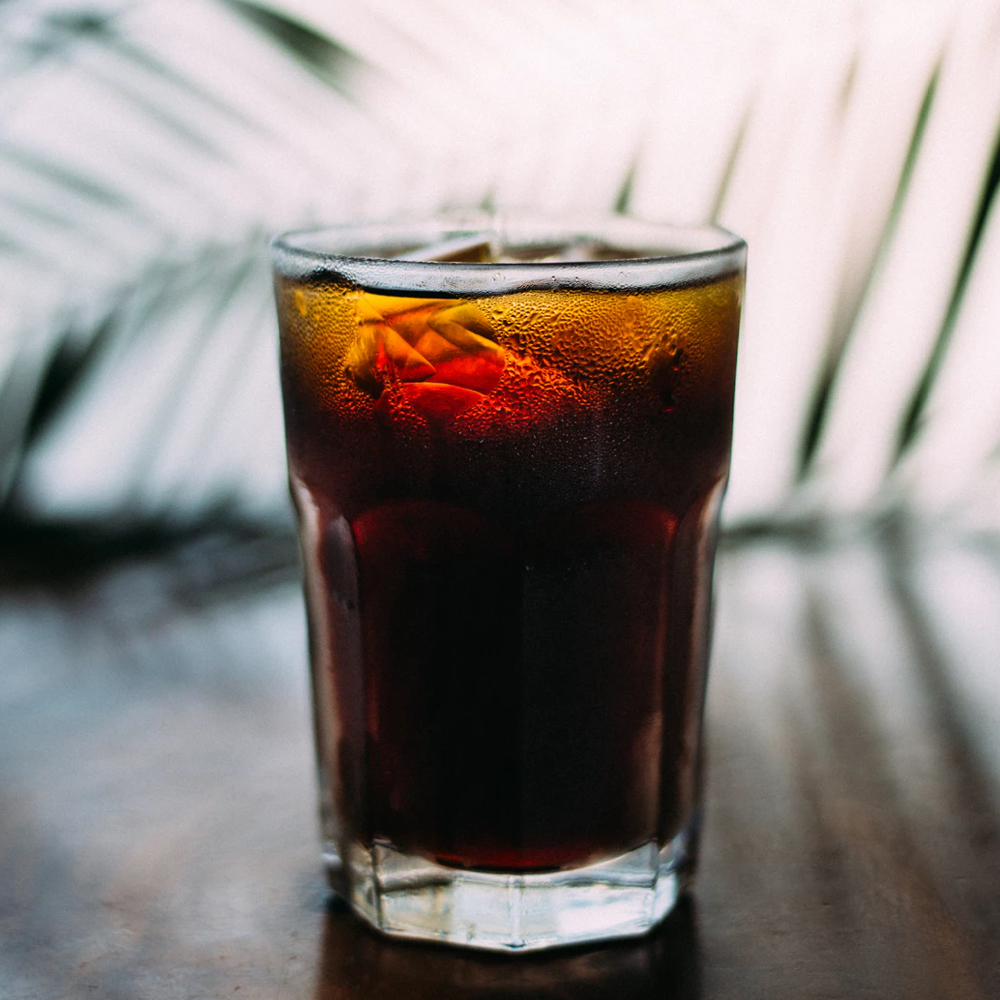 Soda consists mostly of empty sugar calories. One can of soda exceeds the American Heart Association’s recommended daily limit for sugar. Soda was ranked lowest among all beverage categories for health and nutritional value. Sugar in liquid form, such as soda, is particularly unhealthy, because our bodies do not seem to recognize the calories as much as when they are in solid form; this can lead to overeating. Sugar can also impair arterial function. Evidence from PET scans suggests brain activity changes from the overconsumption of sugar may parallel that of drug addiction.

Diet soda and the aspartame that sweetens it bring a different array of risks. The disconnect between sweetness sensations on the tongue and the lack of a caloric feedback loop in the gut may result in overeating. People consuming low or no-calorie sweeteners may eat more than they otherwise would because they believe they have saved enough calories to justify additional food intake. Frequent intake of diet drinks may increase depression risk among older adults; individuals with mood disorders appear particularly vulnerable to adverse effects of aspartame. Aspartame may be the reason that diet soda consumption during pregnancy has been linked to premature birth. One study has reported a link between diet soda and multiple myeloma, likely because of aspartame. Diet coke has more potential than any other tested food to cause erosion of tooth enamel.

Cola appears to raise cholesterol levels, and Coca-Cola has been found to be very low in antioxidants. The caramel coloring used in many sodas has been linked to cancer, a finding which has led to changes in soft drink formulation in California. Colas also contain phosphate additives, which appear to damage blood vessels, accelerate the aging process, and contribute to osteoporosis. Gum arabic, found in some sodas, is harmless, but sodium benzoate, also found in some sodas, is harmful. And high fructose corn syrup may be contaminated with mercury.

Studies funded by the soda (and dairy) industry appear to be even more biased than studies funded by drug companies (and can include questionable alliances between major soda companies and organizations whose mission is to promote health). Industry influence is likewise seen in the USDA Dietary Guidelines, which did not go as far as those in other countries to advise against soft drink consumption.

Image Credit: Blake Wisz / Upsplash. This image has been modified.

All Videos for Soda