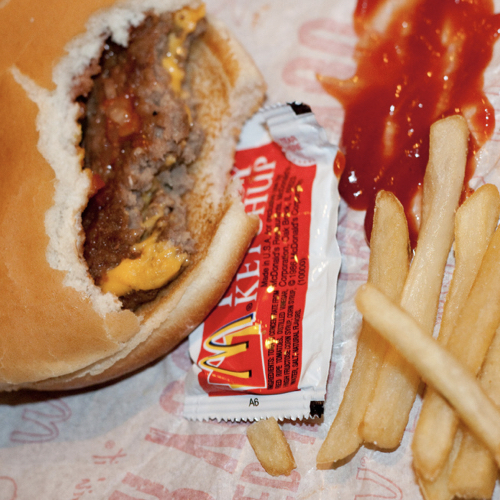 A dietary quality index was developed reflecting the percentage of calories people derive from nutrient-rich, unprocessed plant foods on a scale of 0 to 100. The higher people score, the more body fat they tend to lose over time and the lower their risk appears to be of abdominal obesity, high blood pressure, high cholesterol, and high triglycerides. Sadly, it appears most Americans hardly make it past a score of ten. The standard American diet reportedly rates 11 out of 100. According to U.S. Department of Agriculture estimates, 32 percent of our calories comes from animal foods, 57 percent from processed plant foods, and only 11 percent from whole grains, beans, fruits, vegetables, and nuts. That means on a scale of one to ten, the American diet would rate about a one.

Adhering to just four simple healthy lifestyle factors may have a strong impact on chronic disease prevention: not smoking, not being obese, getting a daily half hour of exercise, and eating healthier—defined as consuming more fruits, veggies, and whole grains, and less meat. Those four factors alone were found to account for 78 percent of chronic disease risk. If we ticked off all four, we may be able to wipe out more than 90 percent of our risk of developing diabetes, more than 80 percent of our heart attack risk, halve our risk of stroke, and reduce our overall cancer risk by more than one-third.

Image Credit: RachelC.Photography / Flickr. This image has been modified.

All Videos for Standard American Diet