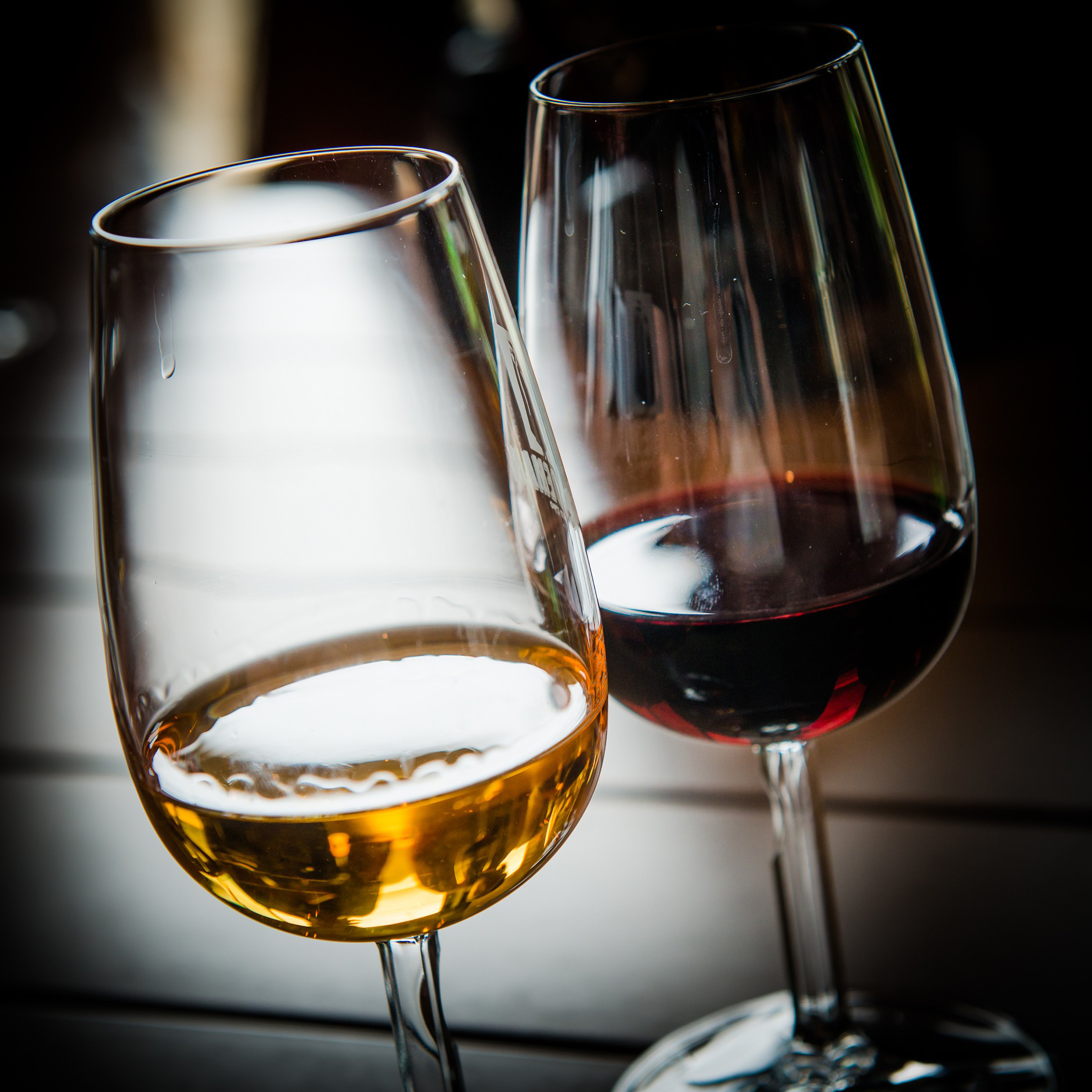 Red wine contains phytonutrients that may help block the effects of dioxins, a toxin that enters the body mainly through the diet and can present serious health concerns, including cancer. Red wine has seven times the antioxidant power of white wine, but neither is equal to grape juice. Alcoholic wine actively dehydrates the body. Red wine is a source of resveratrol, although there is limited and conflicting human data demonstrating any human benefits of resveratrol, especially in supplement form.

Beverages with alcohol could be carcinogenic to humans: nearly 5,000 breast cancer deaths a year may be attributable to just light drinking (up to one drink a day). While red wine appears to inhibit the cancer-enabling enzyme aromatase more than white wine, even red wine does not completely neutralize the elevated breast cancer risk associated with alcohol intake. Quercetin, a phytochemical found in red wine, may help lower the risk for colon cancer among people with familial adenomatous polyposis.

Sulfites added to some wines can release hydrogen sulfide, the rotten-egg gas that may play a role in the development of inflammatory bowel diseases.

Image Credit: Heiko Grupp / Pixabay. This image has been modified.

All Videos for Wine