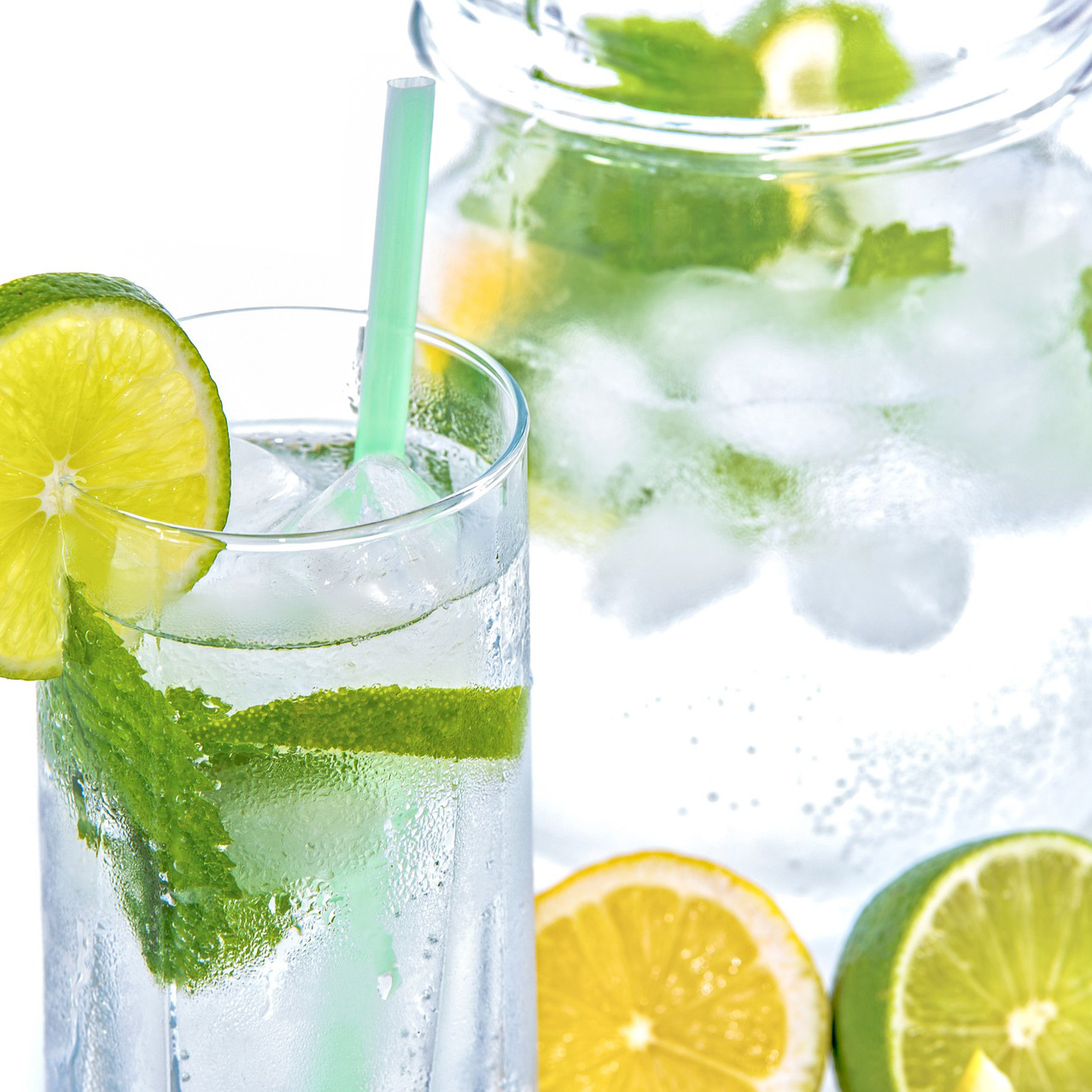 The new dietary guidelines and other studies on healthy beverages show that beverages can be a rich source of nutrients in the diet. In Asia, for example, green tea consumption may help explain comparatively low lung cancer and heart disease rates given the level of smoking. Green tea may also aid in stopping the malignant transformation of cultured breast cells and may even help prevent cavities. But, drinking too much green tea may pose the potential risk of dental fluorosis in children. Tea is a great low calorie source of nutrients that may also help modulate brain activity. Healthy herbal teas include tulsi, osmanthus, dandelion, and hibiscus, which may elevate antioxidant levels in the bloodstream within an hour, but some liquid supplements containing tropical fruit juices such as noni and mangosteen may be toxic to the liver.

Cold water steeping of tea may lead to higher nutrient concentrations. Matcha tea (made from powdered tea leaves) is an excellent option. Avoid adding milk to tea to maximize nutrient absorption. 10 cups of tea a day is probably the safe upper limit. Here are some other interesting comparisons: earl gray vs. black tea, green vs. white tea, coffee vs. tea, and bottled vs. tap water.

Even light alcohol intake (up to a drink a day) is suspected to promote breast cancer.

We may not be drinking enough fluids, evidenced by the fact that drinking water was found to boost children’s’ cognitive performance. Women should drink four to seven cups of water a day and men should drink six to eleven.

Coffee has also been shown to be relatively health promoting, though there are concerns about its effect on coronary artery function, although it may help prevent liver cancer. Beet juice has been found to significantly Beet juice has been found to significantly improve athletic performance. Soymilk positively influences timing of puberty in girls and appears equal to cow’s milk in terms of calcium absorption (as long as you shake it). Drinks to minimize include kombucha tea, yerba mate, noni juice, dairy, commercial carrot juice, artificially sweetened beverages, and soda, which may contain sodium benzoate and caramel coloring which may contribute to cancer risk. The media often bombards us with messages about what we should or shouldn’t eat or drink so awareness of the source of funding and how it impacts the results of scientific findings is important.

Smoothies may maximize nutrient absorption without risking overly rapid sugar absorption. As long as we drink them slowly, we don’t risk weight gain.

All Videos for Beverages