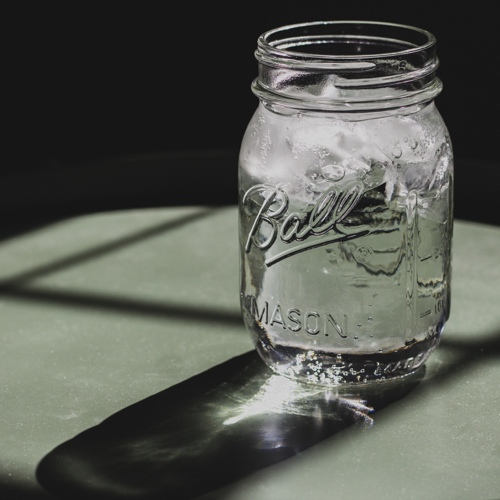 The Beverage Guidance Panel, which included such heavyweights as Dr. Walter Willett, nutrition department chair at Harvard University School of Public Health, ranked beverage categories from best to worst. Soda ranked last, and whole milk was grouped with beer, with a recommendation for zero ounces a day. Tea and coffee—preferably without creamer or sweetener—tied as the number-two healthiest beverages, second only to water, the top-ranked drink.

A Harvard University study of nearly 48,000 men found that bladder cancer risk decreased by 7 percent for every extra daily cup of fluid consumed, and a high intake of water—say, eight cups daily—may reduce risk by about 50 percent, potentially saving thousands of lives.

The original Adventist Health Study, involving 20,000 men and women, found that those who drank five or more glasses of water daily had about half the risk of dying from heart disease compared to those who drank two glasses or less. About half the cohort consisted of vegetarians, so they were getting extra water by eating more fruits and vegetables. As in the Harvard study, this protection appeared to remain even after controlling for factors such as diet and exercise, suggesting that water may play a causal role, perhaps by improving blood flow.

Authorities from Europe, the U.S. Institute of Medicine, and the World Health Organization recommend about 8 to 11 cups of water a day for women and 10 to 15 cups for men. This includes water from all sources, not solely beverages. We get about 4 cups from the food we eat and the water our body produces on its own, so the guidelines roughly translate into a daily recommendation of drinking 4 to 7 cups of water for women and 6 to 11 cups for men (assuming only moderate physical activity at moderate ambient temperatures).

Unless you have a condition like heart or kidney failure or your physician advises fluid intake restriction, I recommend drinking five glasses of tap water daily. I prefer tap not only because it’s less economically and environmentally costly but because it may have less chemical and microbial contamination than bottled water.

Image Credit: Ethan Sykes / Unsplash. This image has been modified. 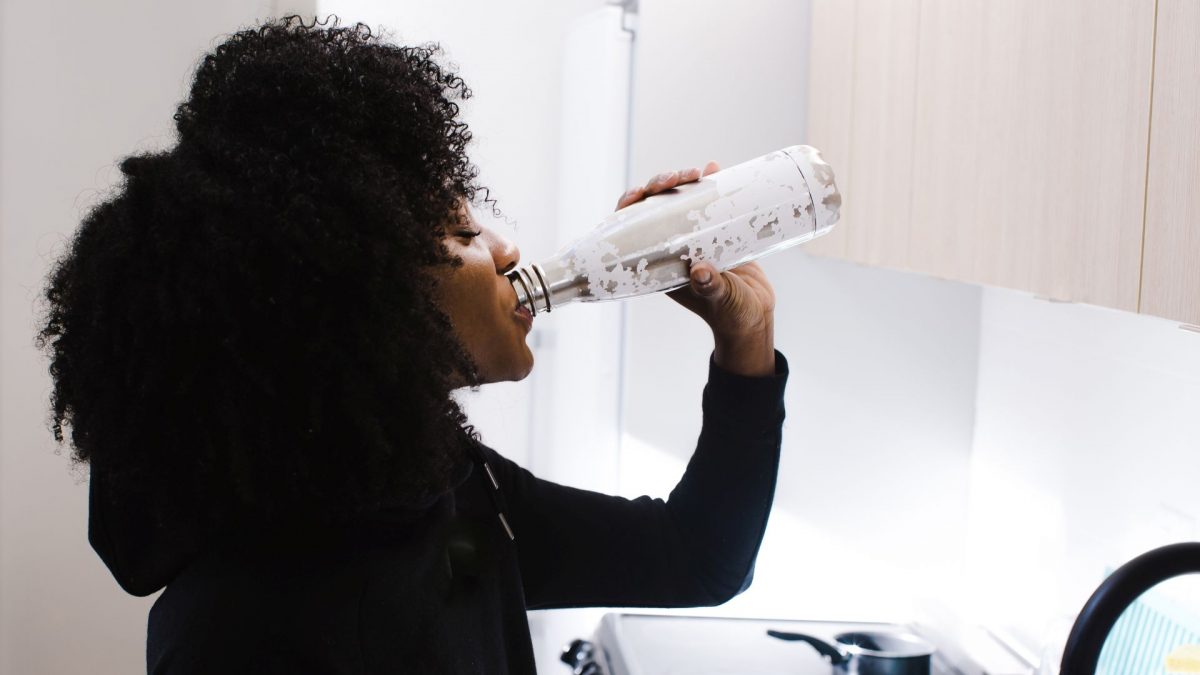 Is It Best to Drink Tap, Filtered, or Bottled Water?

Given the disinfection byproducts in tap water, Brita, PUR, ZeroWater, and refrigerator water filters are... 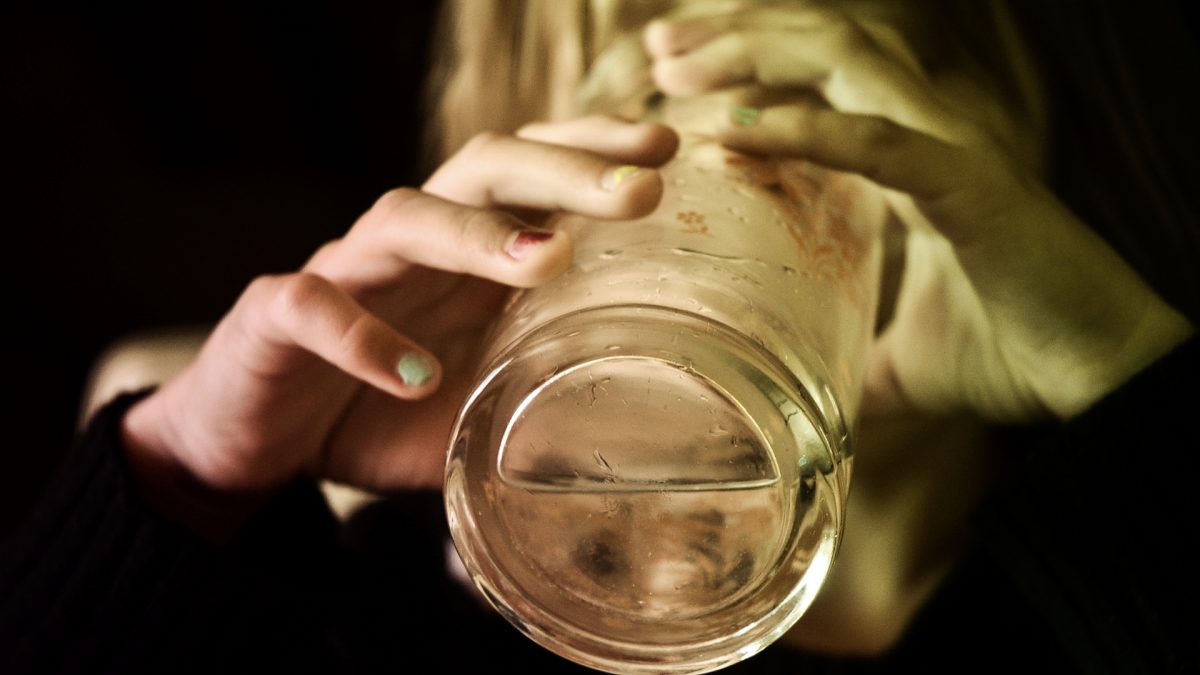 What happened in Flint, Michigan, how was it discovered, and how many more Flints are... 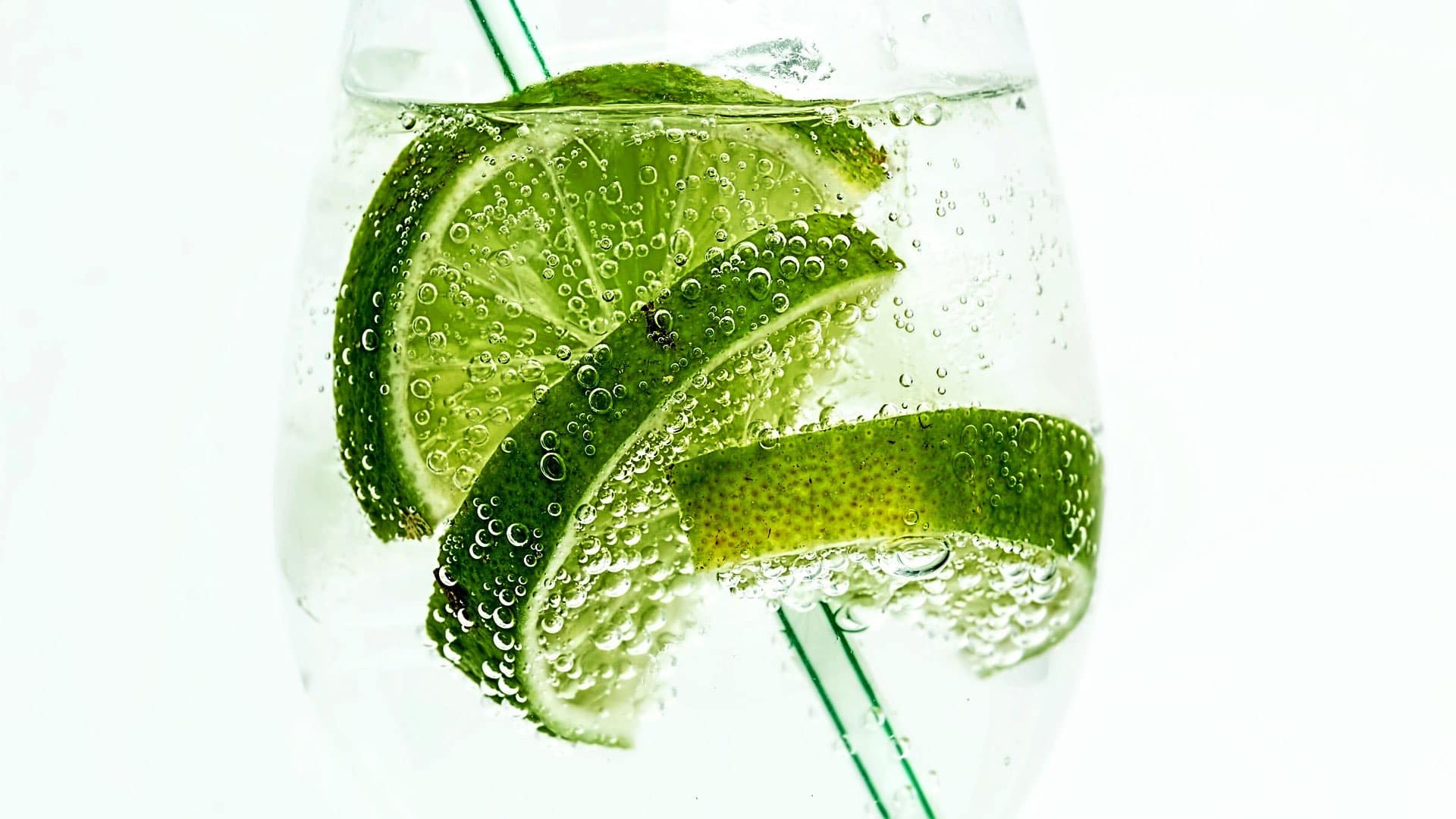 Is carbonated water good or bad for heartburn, dyspepsia, and bowel regularity? 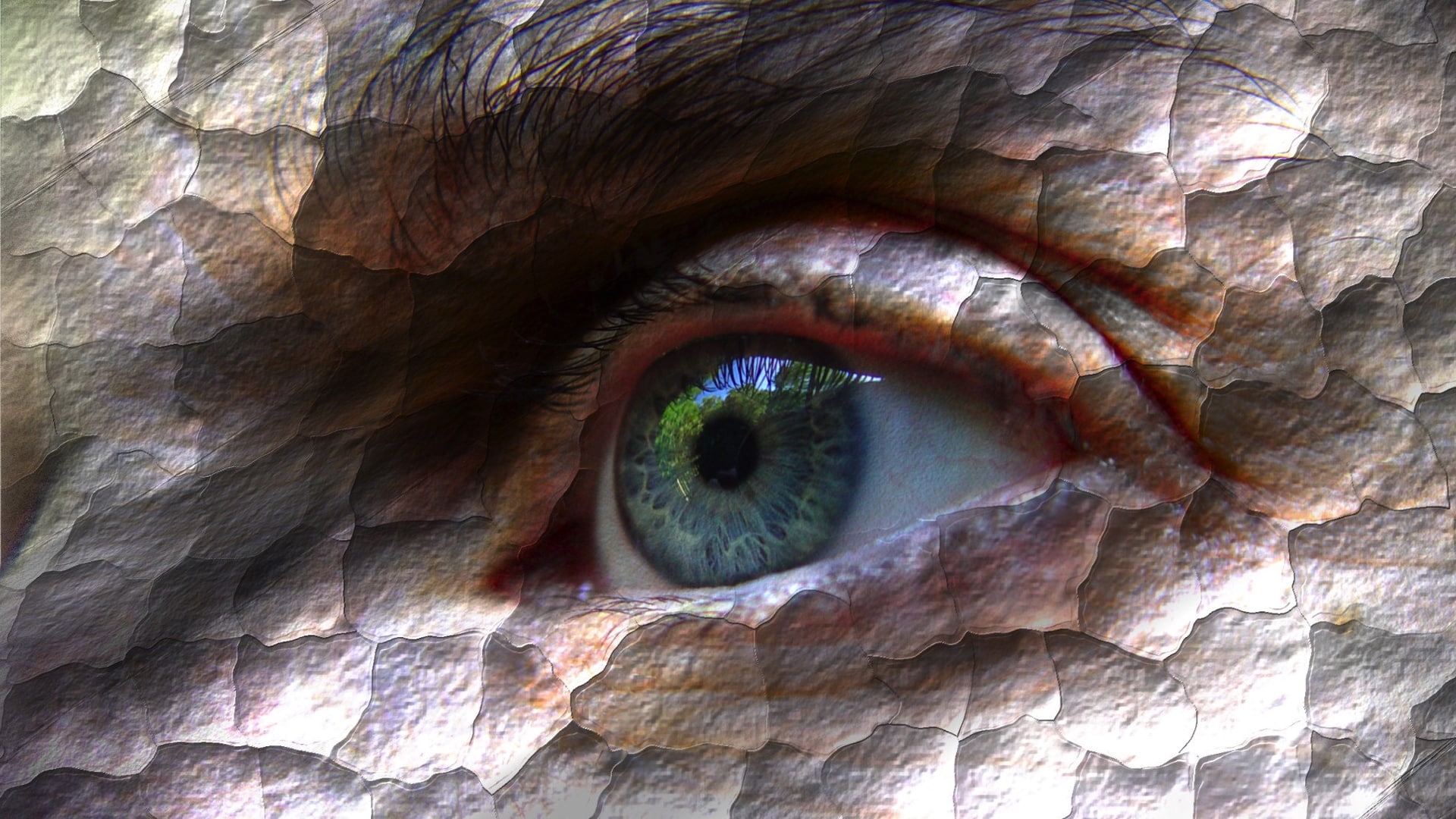 Causes of dry eye disease include LASIK laser eye surgery, but there are dietary approaches... 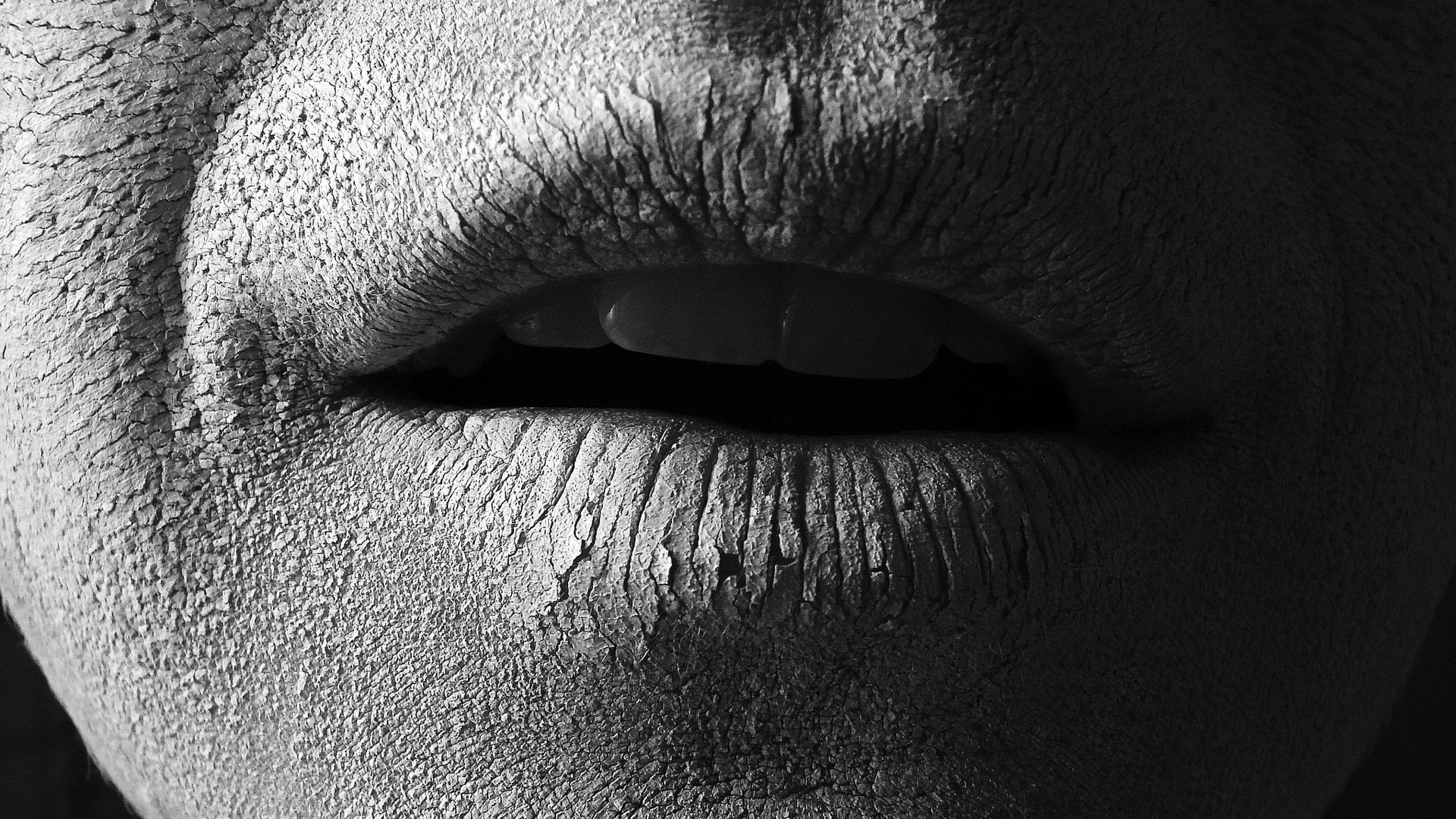 Can Dehydration Affect Our Mood?

The brain shrinkage associated with dehydration may not only play a role in cognitive impairment,... 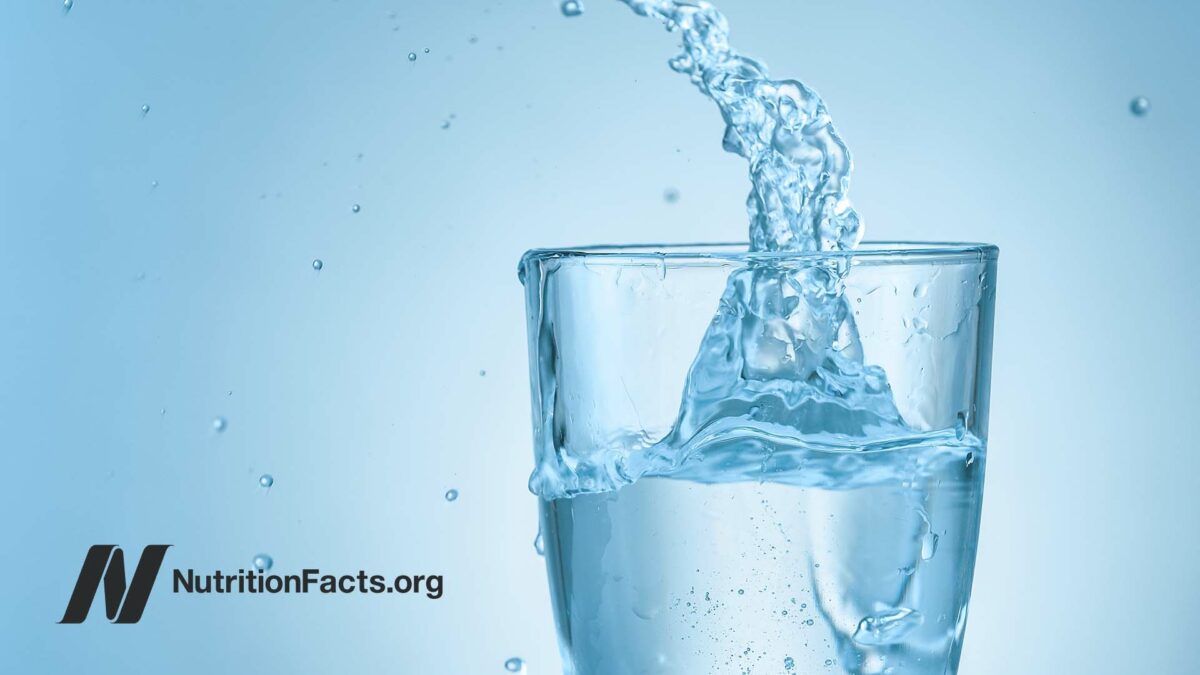 Does a Drink of Water Make Children Smarter?

Most children don't drink water from when they wake up to when they go off... 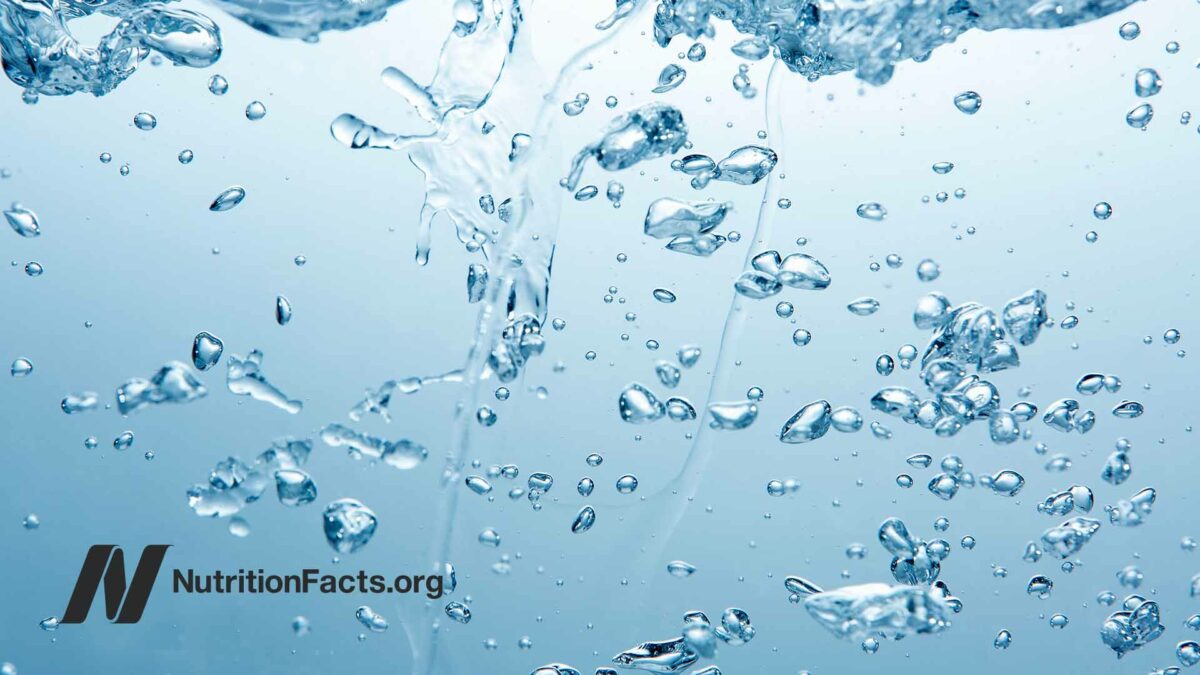 All Videos for Water